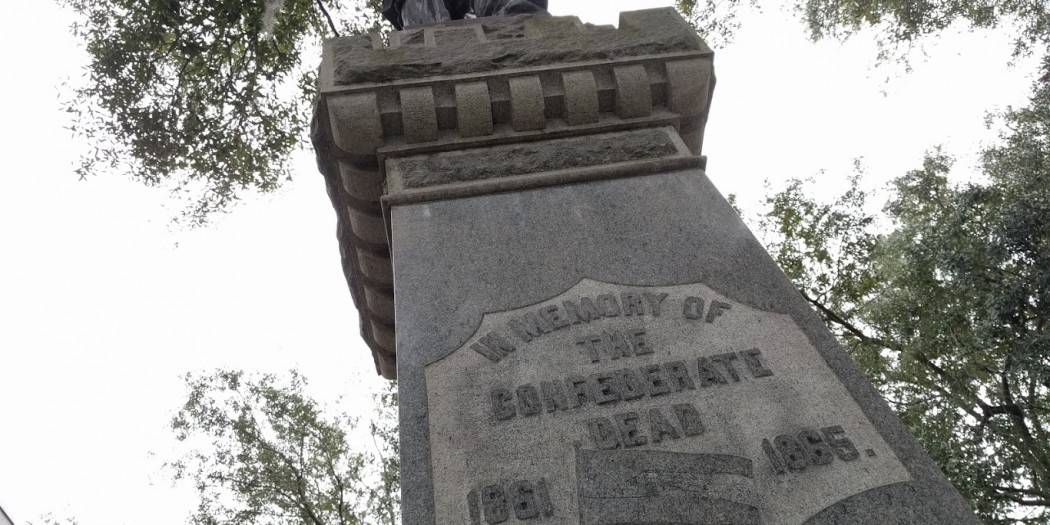 At a Monday night meeting, the community’s consensus was “Old Joe” should stay where he is, but no official decision was made.

The last item on the Veterans Services Advisory Board agenda was discussing if the Confederate Statue, which sits at the corner of University Avenue and Main Street, should be moved. The board listened to the thoughts and opinions of Gainesville residents.

The county only asked the advisory board if it would consider a solution after the Matheson Museum declined to fund the statue’s move.

Vickie Van Buren, chairman of the board, said that the opposing argument was not represented well.

“If it was that important of an issue to them, then they should have been at the meeting tonight,” she said.

She said that the meeting was well advertised on social media, in the news and through online agendas.

“In any decision that you make you need to weigh the pros and the cons,” she said. “The next thing is for us to review all the documentation and all of the county commission meetings where people expressed their opinions on the negative side.”

Van Buren said that the final decision may not be made for another three to six months.

A sixth generation Gainesville resident, John McLean, said that the statue should remain just as it is.

“No one has said anything about it for 110 years,” the 61-year-old said. “I think it would be a detriment to our history to remove it.”

McLean said that the first person to start the controversy was a young man who moved to Gainesville to go to school.

“It honors the history of all the soldiers who fought in the civil war, not just the confederates.”

James Shillinglaw, 45, became emotional while defending why he thinks the statue should stay in place.

“Some of them didn’t come home and now they’re being insulted,” he said when speaking about Civil War veterans.

He said that the statue was placed diligently by the families who wanted to remember the fallen soldiers.

“They put it there to honor their ancestors that didn’t come back from war,” he said. “People should go there to remember, not to reinterpret or re-invent history.”

Shillinglaw, a veteran himself, said that he is concerned with the cost of moving the statue.

“I don’t want you to use my tax dollars to insult my heritage,” he said.

Catherine is a reporter for WUFT News. She can be reached at news@wuft.org or 352-392-6397.
@@ced0624
Previous Florida Votes 2016: Bradford County School Board District 2
Next Judge Orders Extension of Voter-Registration Deadline