QB Del Rio To Start For Gators Against Missouri

Florida quarterback Luke Del Rio will start Saturday against Missouri, returning to the lineup after missing two games with a sprained left knee.

Coach Jim McElwain said Monday that Del Rio would have played last week against LSU, a game that got postponed indefinitely because of Hurricane Matthew.

McElwain says: “We were prepared to play him (last) week. We’ll play him again, obviously, moving forward as we go.”

Del Rio injured his knee Sept. 17 on a low hit against North Texas. He missed road games against Tennessee and Vanderbilt. The No. 18 Gators (4-1, 2-1 Southeastern Conference) went 1-1 without him and managed just 338 yards and 20 points in their last six quarters.

Del Rio has thrown for 762 yards, with six touchdowns and two interceptions, in three starts.

The Associated Press is a wire service to which WUFT News subscribes.
Previous Bald Eagle Freed After Being Wedged In Car Grill In Clay County
Next Oct. 10, 2016: Afternoon News In 90 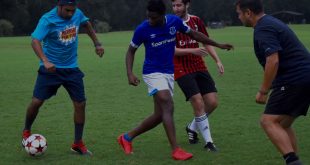 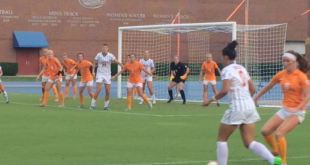 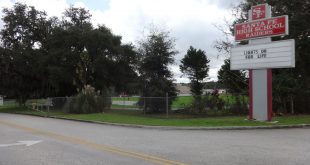 Santa Fe High School in Alachua has taken on a number of challenges this year.