On Nov. 8, voters in Hernando County will choose whether they want Democrat Ramon Gutierrez or Republican incumbent Blaise Ingoglia to represent District 35 in the Florida House of Representatives.

Here’s what voters need to know about each candidate: 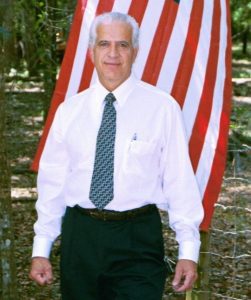 Gutierrez, who is a father of two girls and grandfather of six, moved from Cuba to the United States when he was 8 years old, and found a home in Brooksville in 1986.

He said his lack of a college degree never stopped him from being an achiever.

“With just my high school degree I obtained my Series 7 and my Series 63, which is your licensing from the National Association of Securities Dealers,” he said. “With that, I’ve owned several businesses and had a mortgage business. Unfortunately when the market collapsed I had to close it up.”

Gutierrez said he now works in real estate, takes care of his family and runs his own campaign.

Gutierrez wants to make Florida an at-fault state, where the party that causes an accident pays for all the damages caused, unburden Florida homeowners by lowering insurance rates, and make Citizens Insurance write auto, life and commercial insurance to make the industry more competitive.

“By bringing business in, or amusement parks or any entity, as far as making it friendlier for people that want to start up a business, making the building department, the licensing department work with the applicant…I think that’s something that’s very positive,” he said. He also supports bringing the film industry to Florida to promote tourism.

He also spoke against Common Core and standardized testing, which he said only tests students’ ability to retain information, discredits teachers and places too much pressure on children. Gutierrez thinks teachers aren’t paid enough for their work, and said the state minimum wage should be raised.

Gutierrez said that Hernando County’s biggest issue is sinkhole claims. He spoke to engineers, who said there aren’t as many sinkholes as there are structural cracks, but that issues in site preparation and building cause homes to shift. This prompts homeowners to call upon insurance companies, engineers to call attorneys and insurance companies to pay the claim, he said.

He’s voting no on Amendment 1 in November, which would allow residents without solar panels to abstain from subsidizing energy production, and is voting yes on Amendment 2, which would legalize the use of medicinal marijuana.

Gutierrez added he’s very conservative, a member of the NRA and believes in the second amendment.

He also emphasized that he isn’t running for office to promote a partisan agenda or ideology.

“I’m an American. That takes priority over all,” he said. 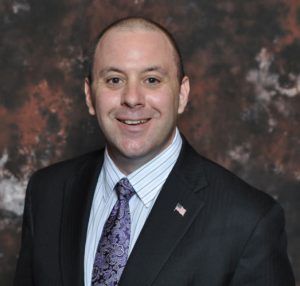 Ingoglia, 45, lives in Spring Hill and has represented District 35 since 2014. His profile on the Florida House of Representatives website currently lists his profession as homebuilder.

He did not share with us his story, despite numerous efforts to contact him. After first declining to be interviewed, Ingoglia then agreed to answer our questions, before refraining from returning calls or messages for days.

Victoria is a reporter for WUFT News who may be reached at 352-392-6397 or by emailing vtodd@ufl.edu.
@@victoritodd
Previous Putnam County Boat Owners Prepare for Hurricane Matthew
Next Florida Votes 2016: State House District 23