Voters will choose between Stan McClain and Rick Perry for state representative in the Nov. 8 election.

Dennis Baxley is the current seat holder, but he did not run for re-election and instead won a state Senate seat in District 12. 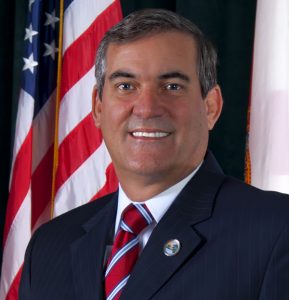 McClain said he thinks his district is facing an unemployment issue, which it will continue to face for the next six years. As more people move to Florida, he wants to help businesses so the newcomers are able to find jobs.

Unemployment has gotten better, but many people still haven’t reached their earning potential or returned to the jobs they had before the recession, McClain said.

“I don’t think government creates jobs,” he said. “I think the best thing government can do is try to look at ways to improve the business climate for businesses by cutting down on redundant regulations.”

Getting such regulations out of the way will create a better tax climate for businesses, he said.

McClain gets his policy ideas from the citizens in his district. Because he’s been involved in local government for more than a decade, McClain said he knows what the people want.

“I think things should be as transparent as possible, so the tax payers and the citizens know what their government is doing,” McClain said.

Water is the biggest environmental issue facing Florida, he said. In Marion County, McClain wants to focus on spring protection and make sure the aquifers aren’t being over-pumped. He has been working on Florida’s water issue as county commissioner and said he will continue to work on the quantity and quality of water statewide if elected.

McClain is a supporter of Amendment 1, the Florida Solar Energy Subsidies and Personal Solar Use Initiative. He said this amendment is a continuation of the Florida PACE Funding Agency’s program, where people can make energy-related improvements to their home and pay it off over time. Marion County was one of the first places to adopt PACE.

Amendment 2, the Florida Right to Medical Marijuana Initiative, worries him. He is concerned it will lead to legalizing recreational marijuana.

“I am certainly not in favor of that,” McClain said about open-use marijuana. “But I think, as it relates to medical, we certainly need to continue to find things that are helpful to our citizens.”

McClain said local government should be in charge of standardized testing, not the federal government. He also said rewarding teachers who do a good job is a fair model for determining teachers’ salaries. 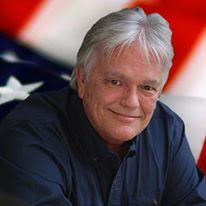 Perry, a Democrat, decided to run for Florida house about two years ago when he took a trip to Silver Springs State Park and saw the poor condition of the springs.

This is the first time Perry is seeking elective office, but he said he’s been active in politics for a long time.

Perry received his Associate of Arts degree from Polk State College. Then, he went to the University of Florida and graduated with a Bachelor of Science from the College of Journalism and Communications.

He later studied law at Nova Southeastern University, where he got his Juris Doctor degree. With this, he opened Richard A. Perry, P.A., the law firm he owns and runs. His employees get paid $15 an hour. He thinks it’s important to pay people a decent minimum wage to avoid creating an economy similar to Mexico.

“I don’t want to develop a Mexican economy where people are only coming here for low-cost jobs,” Perry said. “I don’t think that’s the way to economic improvement in the state.”

Perry emphasized infrastructure as the biggest issue Marion County is facing. He said something needs to be done concerning water conservation, education and violence.

Water conservation is a long-term concern of his. He is worried the region will run out of water unless something is done.

Perry also plans to increase public education funding, particularly for kindergarten through 12th grade. He said one way to give more funding to public institutions is by taking funding away from for-profit charter schools.

“I think it’s disgusting that my family came here as migrant fruit pickers from Georgia, where they barely had a school system, and now teachers that live in the Tallahassee area travel up to Georgia so they can get a decent wage as teachers,” Perry said.

Perry doesn’t agree with the state’s stand-your-ground law. He said it places an unfair burden on the prosecution, but doesn’t think creating more gun regulations will decrease violence.

“I don’t think we’re going to be able – in this state – to develop a consensus on gun control,” Perry said. “I think that what we need to focus on is what we can agree on, and that is increase funding for mental health to lower the rate of violence.”

Perry is against Amendment 1, the Florida Solar Energy Subsidies and Personal Solar Use Initiative. It lets the utilities control the industry, he said. Perry doesn’t think it will decrease the utility rate. Instead, he predicts rates will increase.

He does support Amendment 2 and said it has nothing to do with drug abuse.