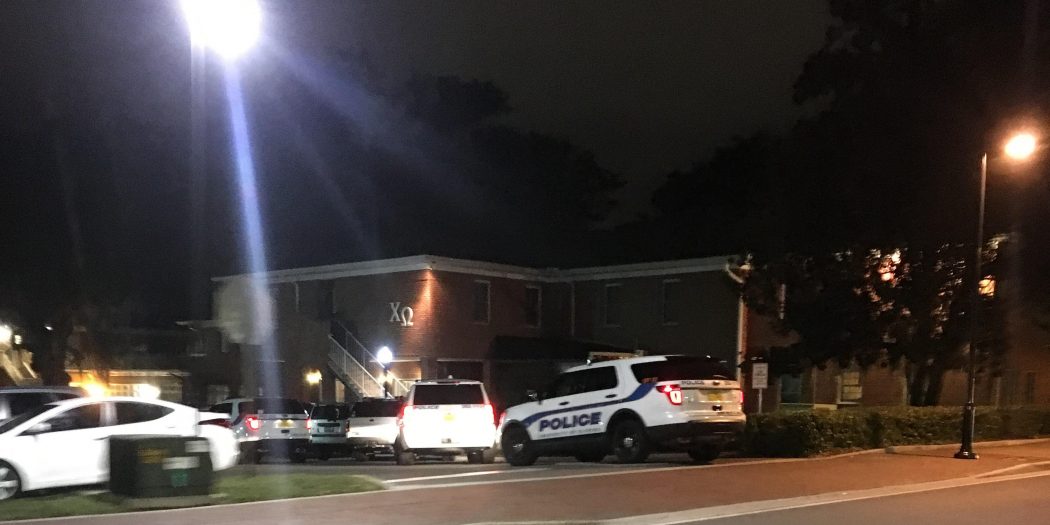 Gainesville Residents Try To Stop Creepy Clowns On The Street

Armed with golf clubs, banging pipes and swinging baseball bats, some Gainesville residents took matters into their own hands Tuesday night after a supposed clown sighting near UF’s Sorority Row.

As Gainesville Police patrolled the area searching for clowns, pickup trucks full of people did the same, despite GPD requests for them to not get involved.

There have been several sightings around Florida including one in Gainesville last week.

“We heard that they (clowns) were on sorority row so we wanted to go clown hunting because apparently that’s a thing now,” Abbey Cowen, a UF Student said. “I don’t know if it’s just a game.”

Abbey Cowen and her brother Dawson Cowen were just two among the 30 locals that walked the Sorority Row area.

“I just want to make sure none of the girls walking by themselves feel threatened or anything,” Dawson Cowen said.

“Anytime someone tries to bring any sort of physical violence into their own hands is never a good idea for anyone involved,” Tobias said.

Dawson Cowen said it’s probably just a hoax, but that it is better to be safe than sorry.

“If he was trying to harm me I would try and defend myself, but if he was just walking around scaring people then that’s kind of like a stupid prank but I wouldn’t really do anything to him,” Dawson Cowen said.

The clown hunting continued through the night until Gainesville police officers put an end to the chase around 1 a.m. on Monday.

“There’s no need to go out and search for something. Just if you see something suspicious, give us a call and let law enforcement do their job,” Tobias said.

Alexa is a reporter for WUFT News and can be contacted by calling 352-392-6397 or emailing news@wuft.org.
Previous Residents Of Gainesville Homeless Camp Face Eviction
Next Local Residents Concerned For Haiti