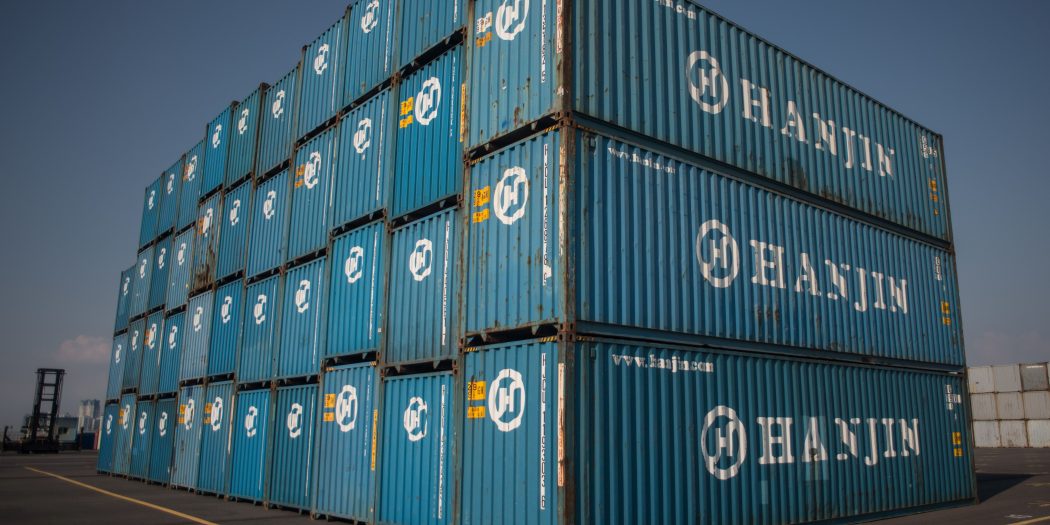 Local startup company, Atheris Games, is facing financial hardship as it awaits the arrival of its first board game, Cul-De-Sac Conquest. The board games’ shipment was set to arrive Sept. 23, but Atheris received a notice from a freight forwarding company 11 days ago stating shipment would be delayed because South Korea’s largest shipping company went bankrupt.

Thousands of containers being transported by Hanjin Shipping were stranded at sea on cargo ships after the company filed for bankruptcy on Aug. 31. Hanjin cargo ships were refused entry into several ports across the world or detained by terminals refusing to release any cargo until payments were made, according to the Journal of Commerce.

Atheris CEO and chief storyteller Andrew Birkett said he contacted his manufacturer after hearing about Hanjin’s bankruptcy to find out if his company would be affected. Birkett was assured shipment of Cul-De-Sac Conquest was not on a Hanjin ship, so the company proceeded with taking out a high-interest short-term loan of $9,300 to pay for the shipment.

The following day, Birkett was notified the shipment was stranded at sea on a Hanjin cargo ship.

“As soon as the loan hit our account, we paid the manufacturer, then emailed the freight forwarder so they could begin processing our customs documents. They said, ‘Oh, well, it doesn’t matter anymore, the ships are stuck at sea,” Birkett said.

Any delays in the arrival of the board game hurt the company because it currently has no cash flow. The company has a $2,600 payment due Oct. 19. The gaming company also faces the possibility of being charged thousands of dollars in additional shipping fees to retrieve its shipment, Birkett said.

“If they tried to charge us additional shipping fees, we wouldn’t be able to overcome that as a small startup that doesn’t have any money,” Birkett said.

Luckily, Atheris Games, which funded its first board game through a month-long Kickstarter campaign last October, boasts a highly committed fan base. When Atheris reached out to backers of Cul-De-Sac Conquest, they fully supported ideas for a new game to boost revenue and help the company recover.

“I feel like we’ve done a really good job of getting our customers to believe in us,” Birkett said. “I posted a backer update on Kickstarter, and many of our backers said they’d help us out. One even said they would give us a $10,000 loan at way better interest rate.”

“I ‘kickstart’ a number of things, and I’ve gotten messages from many of the companies saying ‘fortunately our stuff isn’t on Hanjin ships,’” said Williams. “But I know it will affect a number of games that I carry, in addition to Cul-De-Sac.”

Herocilx, a collectable miniature game made by the WizKids company, has delayed their latest organized play kit due to its shipment being stuck on Hanjin ships, Williams said.

Williams said she sympathizes with these companies affected by the crisis, but she is thankful Gamesville Tabletop won’t suffer financially, since the arrival of the new game has been delayed for every store expecting it.
Stores put in pre-orders for these games, but they usually do not pay for it until the shipments are in warehouses stateside ready to be shipped. The only time payment is done before shipment across seas is through these Kickstarter campaigns, Williams said.

“It’s a financial hardship for these companies, because they’ve already paid to produce these games,” Williams said.

Gabriela De Almeida is a reporter for WUFT News and can be reached at 904-607-3127 or dealg@ufl.edu.
Previous Container Ships Stranded At Sea After South Korean Company Goes Bankrupt
Next Former UF Bookstore Property Receives Temporary Replacement

Below: listen to the radio version of this story from WUFT-FM. The city of Gainesville …