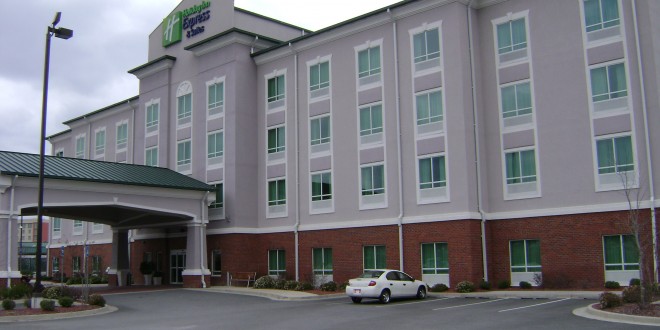 Neighboring property owners will be able to voice any concerns they might have today at 6 p.m. about the proposed $11 million development plan for a Holiday Inn Express and Suites on U.S. Highway 441.

The meeting — hosted by the project’s engineering company, EDA Engineers-Surveyors-Planners Inc. — is scheduled for Meeting Room A of the library at 14913 NW 140 St. in Alachua. It’s reserved for neighboring property owners who want to learn more information about the proposed project.

The hotel will have four stories and 92 rooms.

Construction is projected to start on the site at 16139 U.S. Highway 441 in Alachua in early 2017, said Mike Holtz, vice president of development for MPH Hotels, which is the general contractor for the project. A more definite timeline won’t be known until maybe a month from now, he added, but projects like this typically take 13 to 15 months.

The project still needs approvals from the city of Alachua, Holtz said.

This article has been corrected to reflect Holtz’s title and EDA’s role in the project.

Gabriela De Almeida is a reporter for WUFT News and can be reached at 904-607-3127 or dealg@ufl.edu.
Previous Police: Gainesville Woman Knocks Boiling Water Onto Boyfriend, Baby
Next Sept. 20, 2015: Afternoon News In 90