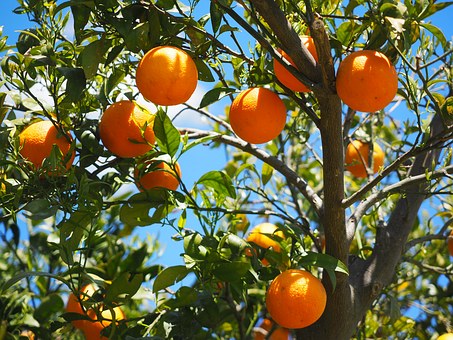 New procedures are being implemented to combat greening, a serious citrus disease that affects crops worldwide. The disease is particularly detrimental in Florida, as the state’s citrus industry has an estimated worth $10.9 billion, according to the University of Florida Institute of Food and Agricultural Sciences’ website.

According to Tom Spreen, emeritus professor from UF/IFAS and small-scale citrus grower himself, the new procedure, although promising, is only a “short-term” suppression solution to kill the bacteria associated with greening.

“Since the disease’s arrival in Florida 11 years ago, there has now been a major research effort that’s been undertaken and supported by the growers, the state and the federal government,” Spreen said. “The most permanent solution to it would be to find a tree that’s resistant to the disease through plant-breeding techniques.”

The new procedure involves injecting a compound known as bactericide, specifically oxytetracycline, into citrus trunks once a year instead of previous spraying methods. This study was led by Nian Wang, an associate professor of microbiology and cell science at UF, whose study was based at the Lake Alfred research center.

The compound is not commercially available because it requires more research and compliance with labeling protocols, according to Michael Rogers, the director of the Citrus Research and Education Center in Lake Alfred.

“Because of the potential for this to be a very good short-term solution to the greening problem, we do have [agricultural] engineers who are working on developing automated systems that would actually do those injections for us,” Rogers said.

The injection procedure resulted in reduced bacteria levels in both leaves and roots for up to nine months, according to a UF/IFAS article.

According to previous UF/IFAS studies, greening has cost Florida $3.6 billion in economic damage since its discovery in 2005.

“Every grove in the state, I think it’s safe to say, has citrus greening present,” Rogers said. “The majority of the mature fruit-bearing trees are greening infected as well and it’s only a matter of time before those trees die. Year after year, fruit yields are going down.”

Growers have no other option but to replant if their crops die, Rogers said.

UF Researchers say the injection process costs about $2- to- $4 per tree for labor and material, however, this could be a yearly payment that provides prevention and protection for a year while being a long-term investment in protecting the groves.

“If you can ensure that investment down the road, $2- to- $4 is not as enormous of a price as it might sound,” Rogers said. “If you look at the cost of production of young trees in the first three or four years of its life, before you’re even getting fruit, it’s approximately $5,000 an acre.”

According to Rogers, the injection method would cost growers about $800 an acre that can probably be taken out of their budget and redirected.

The disease does not pose any direct threat to humans or animals, yet destroys fruit value and eventually can kill plants by attacking their vascular system. This disease affects crops not only in Florida, but also in Asia, Africa, the Arabian Peninsula and Brazil.

“As the disease advances, it causes fruit to drop prematurely from the tree, and the tree experiences problems holding the fruit,” Spreen said. “If the disease gets really bad, then the juice from the fruit gets really bitter and thus has no economic value.”

Spreen did indicate, however, that this process may also prove its worth in the preservation of higher value fresh fruit such as honeybell oranges, just not with all varieties of citrus.

Bactericide is among several methods still being studied in the suppression of citrus greening and the less serious citrus canker.

UF researchers are also studying other methods, which include thermal treatment and creating Citrus Health Management Areas, or CHMA.

CHMA deals with neighboring citrus growers coordinating the use of disease-combating procedures and fighting psyllid insects that spread disease.

“Thermal therapy does a good job of killing off bacteria above ground, but the problem is below ground where we’re unable to steam the roots and kill the bacteria in the soil,” Rogers said. “So this [bactericide injection] is a way to get down into the root systems as well and take care of the bacteria that can’t be steam treated.”

Regarding the overall outlook of the study, Rogers reiterated that the material is not yet available but it being prioritized.

“I think the key thing that people understand is that there is a lot of work still going on evaluating those trunk injections,” Rogers said. “We want to make sure that we have the best guidance to move forward and make this available to growers as quickly as we can.”

Yvonne Bertovich is a junior studying journalism at the University of Florida. She is currently the office manager for the Florida Scholastic Press Association, an editorial intern for Atlantic Publishing, and a WUFT News digital reporter/editor.
@@yvonnebertovich
Previous Suspect In Missing Person’s Case Indicted For First Degree Murder
Next Youth In The Juvenile Justice Program To Clean Up Duval Park