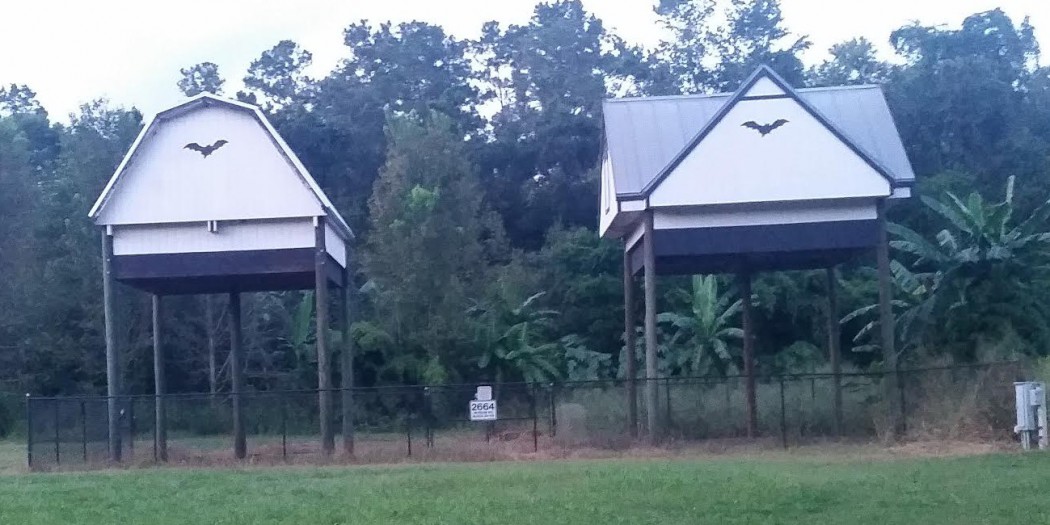 The University of Florida boasts one of the largest bat houses in North America. Bats not only remove pests, but they promote regrowth by dropping seeds.

Florida researchers are working to limit the state’s mosquito population by pushing to install more bat boxes, though researchers say the projected effect on Zika-carrying mosquitoes is limited.

Bats help control populations of infectious, night-flying species that affect humans and animals. They also help limit agricultural pests. They are known to eat 80 different insects, 30 of which are harmful to humans and animals. Thirteen of these insects carry pathogens like heart warms and West Nile virus.

Brian Pope, the director at Lubee Bat Conservatory, said researchers are developing a year-long comprehensive study that will examine the species that bats consume.

Pope said it is difficult to determine the impact bats will have in controlling the virus. Zika is carried by the Aedes species mosquito, which fly during the day, while native bats are active during the night.

“Whether or not bats will be able to specifically help with Zika is a little less likely,” Mathis said. “They’re not going to target those species that we know have been implicated in the Zika virus.”

She encourages the use of bat boxes, however.

The specialist said bats are an alternative to harmful pesticides. Mathis also mentioned that keeping bat houses will decrease the likelihood of bats taking residence in attics, barns or other man-made structures.

Lubee Bat Conservatory builds single-, triple- and four-chamber bat houses. They range from 24 inches high by 14 inches wide to 40 inches high by 7 inches wide. The houses can hold as few as 50 bats or as many as 400.

The University of Florida bat houses have a population of about 300,000 bats and can hold 750,000 bats. Common species include the Evening bat, the Brazilian free-tail bat and the Southeastern Myotis bat.

The Brazilian free-tail is the most common bat in Gainesville. It ranges from 7 to 14 grams in weight, and its wingspan is around 12 to 14 inches.

The oldest free-tail bat was 8 years old, but the species could live longer in captivity, perhaps between 12 to 15 years.

Bats begin flying from roost sites to feed about 15 to 20 minutes before the sun sets. They continue emerging thereafter. During the night, they come and go. Some bats don’t return until early morning, but most stay dormant after midnight.

They eat mosquitoes, moths and other flying insects. Bats can consume up to 1,000 insects in a single night.

LaResia Golden is a reporter at WUFT News who can be contacted by calling 352-392-6397 or emailing laresiagolden11@ufl.edu
Previous Aggressive Treatment Of Invasive Plants Evokes Mixed Emotions In Lake Rousseau
Next Restoration Continues In Yankeetown After Hurricane Hermine