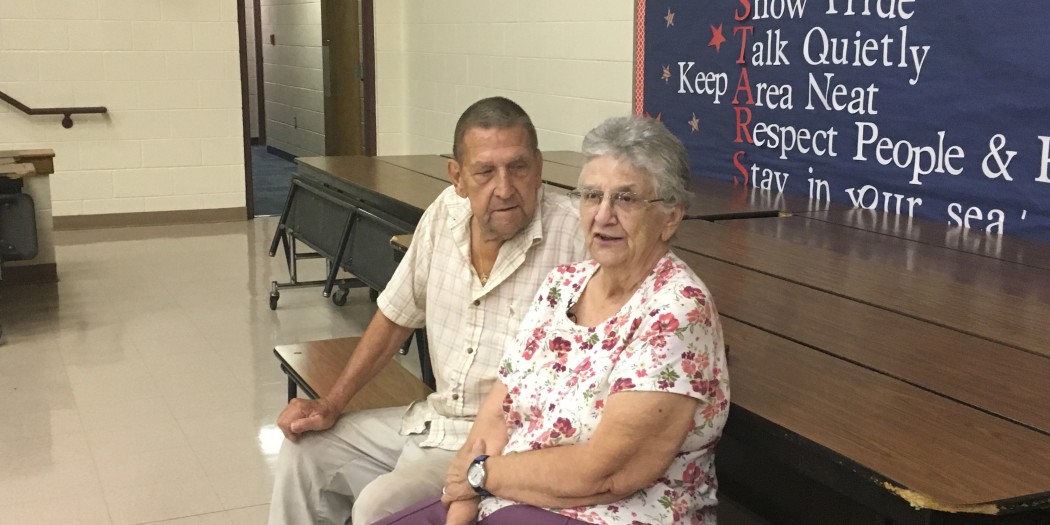 Chiefland Elementary has the motto“We Believe,”on display in the entryway of the school.  Today, Levy County residents have reason to believe in the school and its administrators, who have opened the doors for those seeking shelter from the storm.

Chiefland Elementary, located at 1205 NW 4th Ave. in Chiefland, is one of three designated hurricane shelters in the county that opened at 1 p.m. on Thursday for anyone looking to stay warm, dry and fed in the school’s cafeteria until Hurricane Hermine makes land fall and passes through North Florida.

Lacy Redd, principal of Chiefland Elementary, said the school has been preparing all week for residents and promoting the shelter through their Facebook page, local news channels and by phone. The shelter can accommodate up to 800 residents.

The elementary school was renovated five years ago with fortified storm windows, Redd said, and is providing 75 cots, floor mats and blankets. She expects more residents to show up later this afternoon.

At 1 p.m., only two residents sat on cafeteria tables in the corner with folded cots at their side. This is Robert ‘Butch’ and Gloria Hoerning’s third shelter visit in the last 16 years since their move to Florida. They came down for the fishing and caught the storms, Robert said.

The Manatee Springs residents, Robert, 85, and Gloria, 82, have been married for 44 years and were told to evacuate their home this morning. They headed to the same shelter where they had experienced good food and company before.

“I didn’t wanna go home,” Robert Hoerning said of their previous time at Chiefland Elementary, while his wife smiled and nodded. They came prepared with a pink crate carrying peanut butter, spam, crackers and pictures. When asked if they had brought anything else, he held out his hand around two caramel candies.

“When told to evacuate, you really should,” Gloria said before setting up her cot with two blankets. The Hoerning’s brought their own beds. She said they bought them after the last storm and hadn’t had a use for them until now.

As for food and drink, the school’s cafeteria manager, Brenda Rolfe, has been preparing for days. Following an Emergency Feeding Manual from 2015, she, and a group of three others, prepared chicken sandwiches and salads for lunch Thursday.

The school will serve dinner, breakfast, lunch and snacks for as long as the shelter is open and will have volunteers in the kitchen if they’re needed.

“They told us to bring a bag and be prepared to stay for 36 hours,” Rolfe said. She’s not new to the critical shelter menu; in 2004-05 she prepared meals for hundreds during Hurricane Jeanne.

“I basically thought this was home,” Rolfe said of her past experience. She appropriately came to work with a “Wild About Cooking” shirt.

“We’re going to do what we do every day ” Rolfe said.

Victoria is a reporter for WUFT News who may be reached at 352-392-6397 or by emailing vtodd@ufl.edu.
@@victoritodd
Previous Citrus County Water Project Might End Arsenic Concerns
Next Florida Congressman Says Storm May Worsen Zika Outbreak