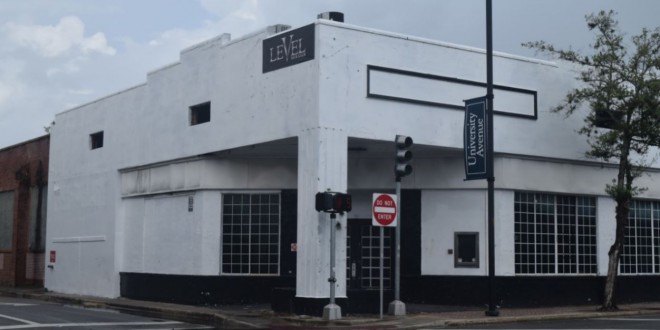 Collier Companies will soon find out if it can move forward on a new apartment complex geared toward non-students on West University Avenue close to downtown Gainesville.

Initially, the company — which already owns 28 Gainesville apartment complexes — was turned down for the development on June 28 by the city’s Development Review Board, city spokesman Bob Woods told WUFT.

But the board gave Collier 60 days to adjust its proposal for 238 W. University Ave. — formerly the site of Club Level — to meet city ordinances. And though the 60 days concludes today, company owner Nathan Collier said the revised proposal was submitted ahead of the deadline.

“We are hopeful that we have answered all of their concerns,” Collier said.

One of the major opposition points from the board — as well as surrounding residents — was the size of the original plan: six stories and 297 units. So the company cut it down to three stories and 129 units.

Another original item changed based on the board’s recommendation was Collier’s plan to take over part of Northwest First Avenue’s sidewalk. The board also wanted the company to obtain a permit for utility construction from Gainesville Regional Utilities.

Next for Collier is meeting with the board again on Sept. 27 to discuss the resubmitted proposal.

The building will be similar to Arlington Square, another Collier apartment property in downtown Gainesville, said Andy Hogshead, the company’s chief executive officer.

Even with the current proposal, there are still design plans that need to be finished, Hogshead said.

“We still have to get the design process done,” he said, adding that Collier is hoping to break ground by the end of 2016.

It’s expected to be completed by the summer of 2018.

The company plans to have a community meeting in mid-September to discuss the project, Hogshead said.

Jared Beasley, vice president of the tech company Sharp Spring, which neighbors the site of Collier’s new complex, said he is glad to see changes coming to downtown.

“A lot buildings are getting a facelift,” he said.

Beasley noted that there aren’t a lot of housing options for non-students and that he would like Gainesville to have more apartments near downtown’s nightlife but that offer a short commute to work.

“As downtown drives more innovation and becomes a tech hub, it will be nice to have housing that reflects that,” he said.

Nathan Collier said students can rent units in the apartment, but it will be mostly catered to those out of school and working.

“We are delighted to rent to students,” he said, “but our primary market is professionals.”

Catherine is a reporter for WUFT News. She can be reached at news@wuft.org or 352-392-6397.
@@ced0624
Previous Interact With WUFT For Primary Election Coverage
Next Construction Brings Delays On NW 8th Ave. In Gainesville