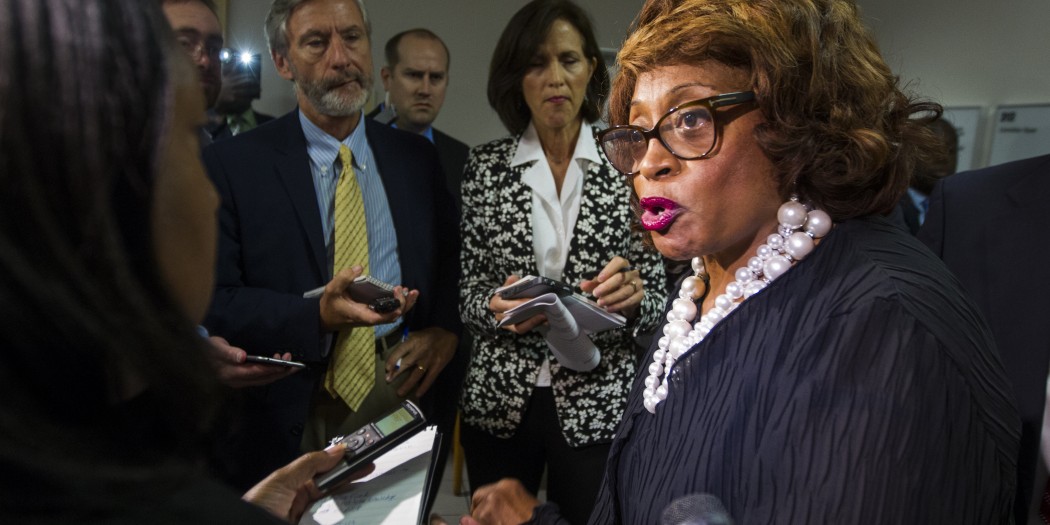 Former Rep. Corrine Brown, D-Fla., talks with media members in 2015. A former chief of staff for Brown, Elias “Ronnie” Simmons, pleaded guilty today to one count of conspiracy to commit mail and wire fraud and one count of theft of government property in relation to a fake scholarship charity. (AP file photo)

U.S. Rep. Corrine Brown has lost her battle to remain in office amid a criminal indictment and a revamped district that includes thousands of new voters.

The Jacksonville politician was defeated in the Democratic primary by former State Sen. Al Lawson from Tallahassee.

The 69-year-old Brown was one of the first blacks elected to Congress from Florida since reconstruction. Her motto “Corrine Delivers” was a testament of her ability during her two decades in office to bring federal dollars back to her district.

But in early July, Brown and her chief of staff pleaded not guilty to multiple fraud charges that alleged she participated in a scheme to use a phony charity as a personal slush fund. Brown’s district was also reshaped as part of court battle over congressional districts.