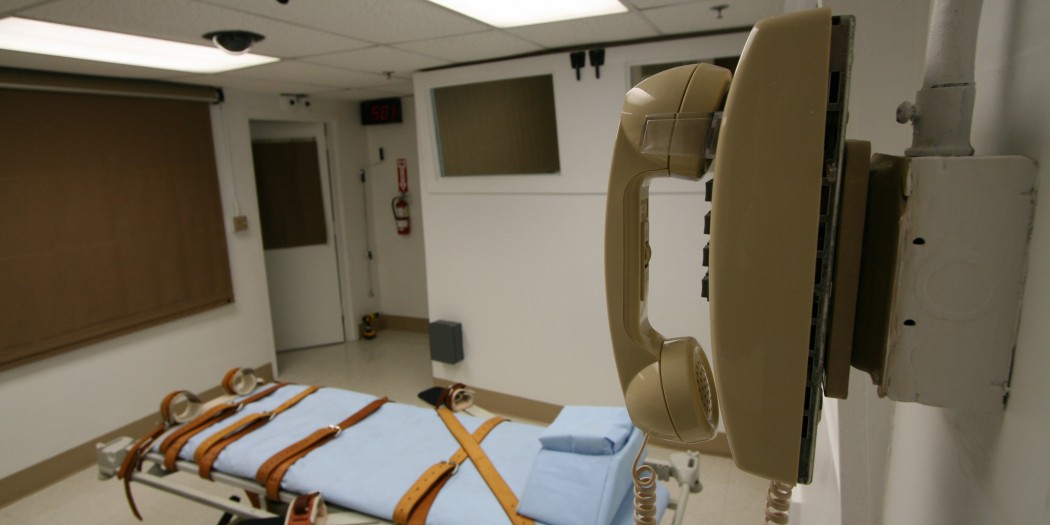 Lawyers representing Arizona Death Row inmates aren’t backing down from a battle with Florida corrections officials over the release of documents related to execution drugs, part of a drawn-out challenge to Arizona’s lethal-injection process.

The Florida Department of Corrections is refusing to release the documents, arguing that the information is exempt under the Sunshine State’s broad open-records law.

Corrections officials released some of the records to the media, but have refused to provide any of the information to the plaintiffs in the Arizona case, according to documents filed by the Arizona plaintiffs Monday in federal court.

Lawyers for seven Death Row inmates and the First Amendment Coalition of Arizona in June filed a subpoena seeking years of records related to Florida’s triple-drug lethal injection protocol, including the types of drugs purchased, the strengths and amounts of the drugs, the expiration dates of the drugs and the names of suppliers.

Arizona’s death penalty has been on hold for two years following the botched 2014 execution of inmate Joseph Wood, who died nearly two hours after the lethal-injection procedure was started.

Before the Florida Department of Corrections filed a motion to quash the subpoena in July, the Arizona lawyers offered to limit the scope of their records request and to keep the documents off-limits to the public.

But after the sides met on July 19, the Florida corrections agency “reiterated that it does ‘not intend to produce any information pursuant to the subpoena without court order,’ ” lawyer Joshua Anderson, who represents the Arizona plaintiffs, wrote in a 15-page objection to the state’s motion to quash the subpoena.

The Arizona lawyers sought similar records from at least three other states — Georgia, Missouri and Texas — that have provided the information, according to the court filing.

The Arizona death-penalty challenge is focused on whether the use of midazolam, the first step in a three-drug lethal-injection cocktail, violates Eighth Amendment protections from cruel or unusual punishment. The U.S. Supreme Court has held that, in those types of cases, prisoners must provide an available alternative to the method of execution being challenged. Gathering the information from the other states is a “core component” to the inmates’ claim that Arizona’s lethal-injection process is unconstitutional, their lawyers argued.

“If the judicial system were to, on the one hand, require plaintiffs bringing a method of execution claim to prove that a known alternative exists and is available while, on the other hand, blocking discovery necessary to prove that fact, it would create a burden that is effectively impossible to satisfy,” Anderson wrote.

Defendants in the Arizona case claim that the case is moot because Arizona corrections officials do not have midazolam and cannot obtain more.

Pfizer, which manufactures midazolam, in March announced that it would not distribute the drugs for use in capital punishment.

Finding out how other states have handled the midazolam shortage is “directly relevant to rebutting” the Arizona defendants’ claim that they cannot acquire more of the drug, Anderson wrote.

Florida and other states began using midazolam as the first step in a three-drug execution cocktail in 2013, after previously using a drug called pentobarbital sodium. The states switched because Danish-based manufacturer Lundbeck refused to sell pentobarbital sodium directly to corrections agencies for use in executions and ordered its distributors to also stop supplying the drug for lethal-injection purposes.

In the Arizona case, Florida officials argued that the requested documents are privileged and protected from disclosure under Florida law.

But the state law “protects only the identity of FDC’s (Florida Department of Corrections’) supplier of execution drugs,” Anderson wrote. “It does not shield all information related to FDC’s lethal injection supplies, nor does it protect the identity of any entity who has declined to work with FDC or has refused to provide it with execution drugs.”

The battle over the records comes as Florida’s death penalty is under intense scrutiny following a U.S. Supreme Court decision in January that found the state’s death penalty sentencing system gave too much power to judges, and not juries.

State corrections officials for years have kept shrouded in secrecy information about the lethal-injection drugs, the subject of a separate federal lawsuit in Florida.

But, in late June, the agency released logs to media outlets, including The News Service of Florida, which had requested information about the drugs. The handwritten logs provide limited data about the three drugs, such as the amounts and dates on which the state received the drugs. Information about the expiration of the drugs was incomplete, and agency officials refused to answer questions about the logs.

An analysis of the logs found that the state has enough midazolam for about 13 executions, but it is unclear when the drugs will expire.

The drug logs “fall woefully short of identifying whether the supply that Florida is getting is pure and uncontaminated because we don’t know where they’re getting it from,” Maria DeLiberato, an attorney representing Florida Death Row inmate Dane Abdool, a plaintiff in the Florida case, said in a telephone interview Wednesday. “That stresses the need, and that’s why our litigation is ongoing, for open discovery in these cases so that we can litigate whether or not Florida can carry out an execution that comports with the Eighth Amendment.”

The News Service of Florida is a wire service to which WUFT News subscribes.
Previous Suicidal Man Shot by Florida Sheriff’s Deputy
Next Legal Challenges Mount Over New Water Standards