Voting Begins in Parts of Florida

Voters in 24 of Florida’s 67 counties started to cast ballots this morning for the August 30 Primary Election.

Early voting is mandated from August 20-27, but local supervisors of elections have the discretion to begin sooner and to keep early-voting locations open on Sunday, August 28. Alachua County, for example, does not open early voting until Friday, while Marion County opens polls on Saturday.

Marty Bishop is the Supervisor of Elections in rural Jefferson County in North Florida.

At his one early voting location, people had been showing up at a steady pace all morning Monday to fill out their ballot.

“They are enjoying it. We’ve had a lot of people come in and say, ‘oh man, I don’t have to wait in a line or anything like that’. Usually they come in with their sample ballots already pre-marked, and they can just transcribe what they have off of the sample ballot and onto the ballot,” said Bishop.

In addition to the start of early voting, many Floridians have already sent their ballots in through the mail.

Another 1.6 million ballots have been sent out by supervisors.

Recent elections have seen more citizens choose to vote by mail or vote early than actually show up to the polls on Election Day. 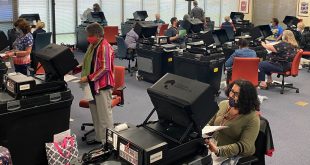 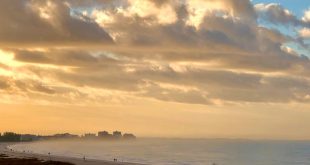 Pinellas County voters have selected the winning presidential candidate every election since 1980, except for the contested 2000 race, when a 36-day recount fight awarded the White House to George W. Bush.