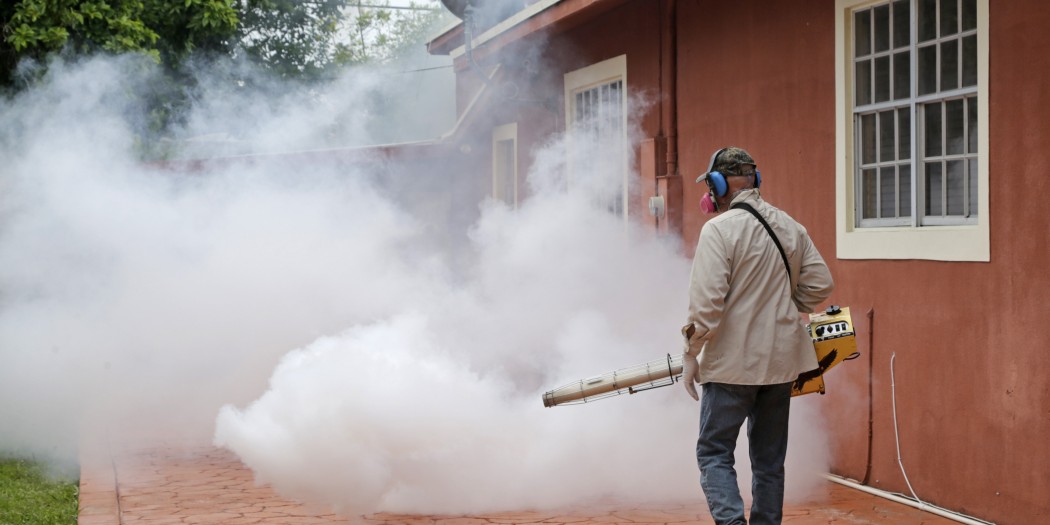 A Miami-Dade County mosquito control worker sprays around a home in the Wynwood area of Miami on Monday, Aug. 1, 2016. The CDC has issued a new advisory that says pregnant women should not travel a Zika-stricken part of Miami, and pregnant women who live there should take steps to prevent mosquito bites and sexual spread of the virus. (AP Photo/Alan Diaz)

A statement Monday from Gov. Rick Scott’s office says 30 people have been infected with the Zika virus through mosquito bites in the state.

In addition, the Florida Department of Health announced 28 new travel-related cases, including one in Alachua County (its sixth) and one in Marion County (its first).