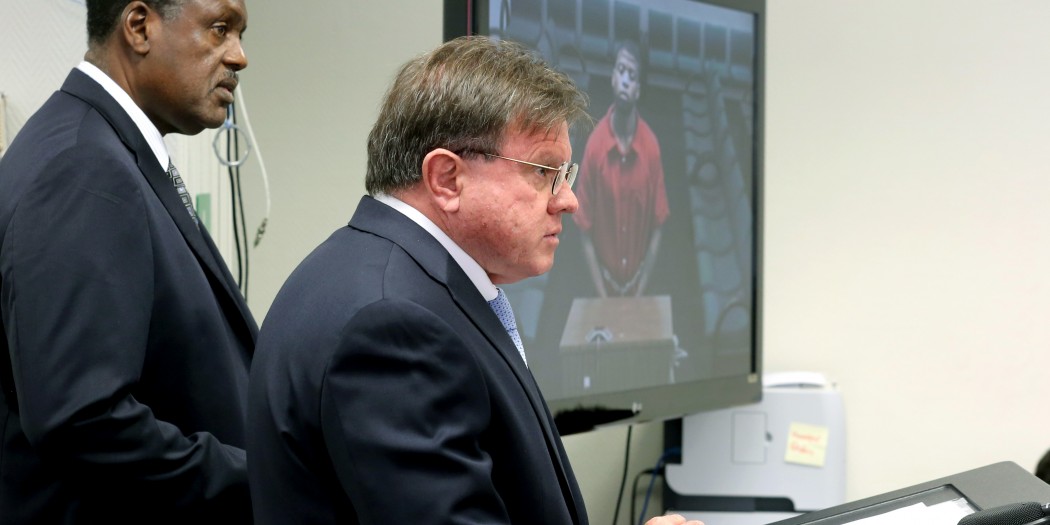 Attorneys from left to right, Dohn Williams and Longworth Butler represent murder suspect Dayonte Resiles as he appears via video conference before Broward Judge Michael Davis, in Fort Lauderdale, Fla., Thursday, July 21, 2016. After nearly a week on the lam, Resiles, who slipped from his shackles and bolted from a crowded South Florida courtroom in a meticulous escape plot involving multiple accomplices was captured at a nondescript motel, authorities said Thursday. (Mike Stocker/South Florida Sun-Sentinel via AP)

The ex-wife of a slain Florida State University law professor and her family are denying any involvement in an alleged murder-for-hire plot to kill him.

Attorneys for Wendi Adelson and several family members issued a statement Wednesday saying speculation of their involvement in Dan Markel’s killing is categorically false. Authorities have previously said there may be a link between Markel’s July 2014 slaying and the couple’s divorce.

Police say Sigfredo Garcia and Luis Rivera traveled from South Florida to Tallahassee to kill Markel, who was shot in the head in his garage. Both men are awaiting trial on murder charges and prosecutors say they are seeking the death penalty.

The Adelson statement says the family has been subjected to an intense investigation but had no role in the slaying.