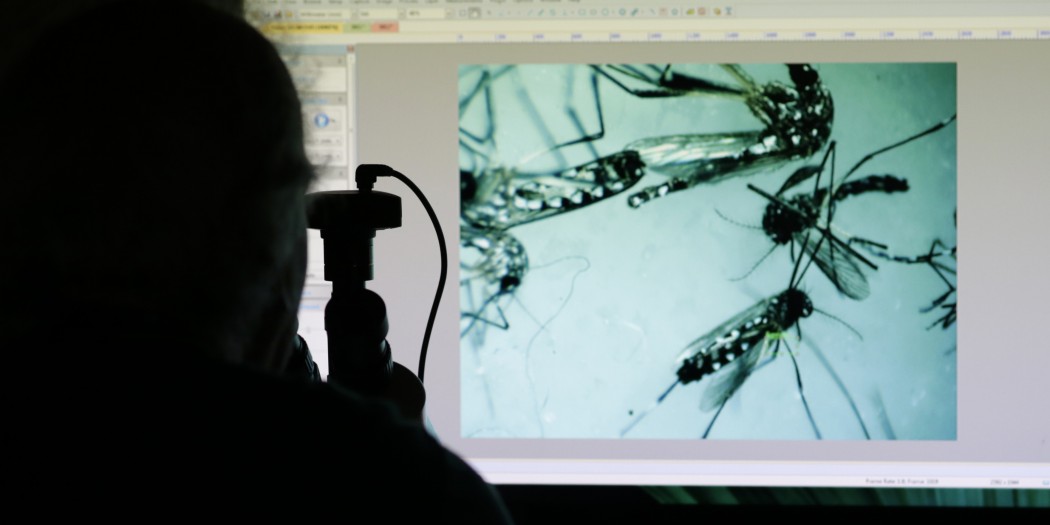 Evaristo Miqueli, a natural resources officer with Broward County Mosquito Control, looks through a microscope at Aedes aegypti mosquitoes, Tuesday, June 28, 2016, in Pembroke Pines, Fla. The mosquitoes were collected from a residential home during a routine inspection, as part of the county's mosquito control procedure. Health officials are concerned about the spread of the Zika virus in the U.S., which is spread by the Aedes aegypti mosquito. (AP Photo/Lynne Sladky)

Florida health officials are investigating two more mysterious cases of Zika infection that do not appear to be related to travel, bringing the total to four.

The cases have raised the possibility that mosquitoes in the U.S. have begun to spread the virus, although officials say they are still looking into the cases and have not come to a conclusion.

The four cases are in neighboring Miami-Dade and Broward counties.

The virus is mainly spread by mosquitoes, as well as sex. So far, the 1,400 infections reported in the U.S. have been linked to travel to countries with Zika outbreaks in Latin America or the Caribbean.

Zika causes only a mild illness in most people. But scientists recently confirmed that infection during pregnancy can lead to severe brain-related birth defects.

The tropical mosquito that spreads Zika and other viruses is also found in the southern U.S. Health officials have predicted that mosquitoes in the U.S. would begin spreading Zika this summer and have mobilized to keep it from spreading beyond isolated clusters.

Previous Jockying For 2018 Florida State Elections Begins In Philadelphia
Next At Democratic Convention, Obama To Rally For Clinton — And His Own Legacy