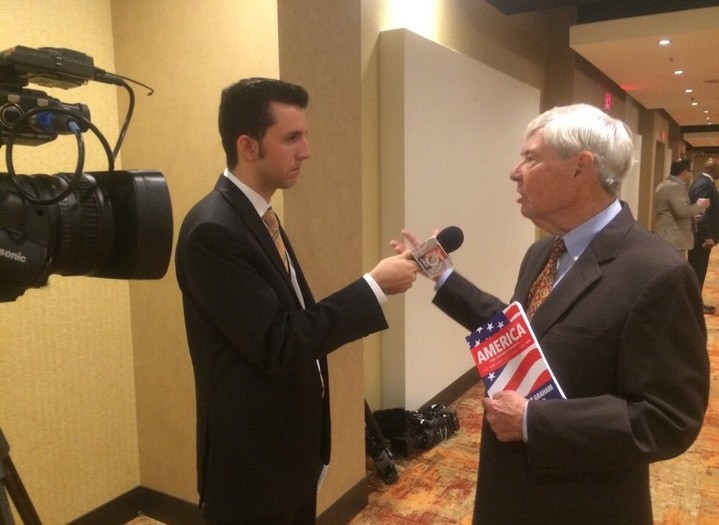 The Democratic National Convention kicked off in Philadelphia Monday.

Thousands of delegates from around the country are gathered to choose the party’s candidate for the 2016 presidential election.

Former Secretary of State Hillary Clinton, the presumptive Democratic candidate for president, received 141 of Florida’s 214 committed delegates after defeating Sen. Bernie Sanders 64.4 percent to 33.3 percent in the March 15 state primary. The remaining 2.3 percent of Florida primary votes went to former Maryland Gov. Martin O’Malley, who did not receive any delegates.

The Democratic Party’s system differs from that of the Republican Party, which has a winner-take-all system in the state. Donald Trump won the state in March, taking all of Florida’s 99 Republican delegates.

Just as with the Republican convention, the Democratic National Convention used Florida congressional district maps that were deemed unconstitutional in 2014 and were redrawn in 2016.

Byrd is the state committeewoman for the Bay County Democratic Party.

Mount, who lives in Jackson County, is the treasurer of the Florida Democratic Party and the chair of her county’s Democratic Executive Committee. She works as a senior administrative assistant in the Florida House Democratic Office.

Lipton is the chair of the Bay County Democrats. Mastrodicasa is a former Gainesville city commissioner. She works as the associate vice president of the University of Florida’s Institute of Food and Agricultural Sciences. Previously, she worked in the UF Honors Program and the UF Division of Student Affairs.

Foxx is the president of the Alachua County branch of the NAACP.

Fleming is the co-director of the Pride Community Center of North Central Florida.

McGill works in the office of Orlando Mayor Buddy Dyer as the director of constituent services.

Baker is the chair of the Democratic Party of Sumter County.

Nurse was a delegate at the 2012 Democratic National Convention.

Barnes is a candidate for District 3 of the Wakulla County Commission.

Pooler is a political science student at Florida State University. FSView wrote an article on Pooler.

Willis is the co-founder of Mostly Epic, LLC, a Gainesville-based app-development company.

The Ocala Star-Banner profiled Additon and Ryan a few weeks ago.