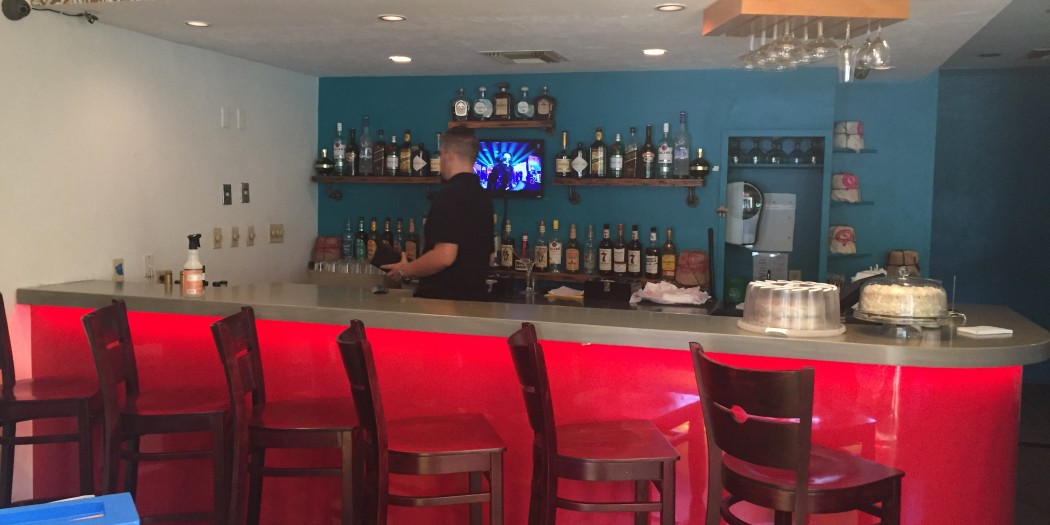 A server works behind the counter at the Twisted Peacock restaurant recently. (Bria Wood/WUFT News)

Gainesville Black Businesses May Soon Have Opportunity For Growth

After the recent fatal shootings of Alton Sterling and Philando Castile by police, black community leaders called for consumers to concentrate their economic power and support black-owned businesses to enact change.

People looking to spend their dollars at a black-owned business in Gainesville may have a hard time finding one with a Google search, but they exist. Black businesses in east Gainesville may soon see more opportunities to thrive and expand through the newly created District 1 Business Council, said Gainesville City Commissioner Charles Goston.

The District 1 Business Council, which was launched in July by the Gainesville Area Chamber of Commerce, will focus on creating economic activity and opportunity through partnerships with organizations such as the Alachua County Chapter of the NAACP, the Community Redevelopment Agency and others.

“The District 1 Business Council was put together in order to highlight the geographic connections of specific businesses,” said Susan Davenport, president of the Gainesville Area Chamber of Commerce.

The goal is simple — the council will seek to revitalize east Gainesville.

“We want to create jobs across a panorama of skills sets from GED’s to Ph.D.’s,” said Davenport. “We want to see new opportunities.”

Goston said he has worked diligently with the Chamber of Commerce to ensure that his district is on a path for success.

With the addition of the new Black Chamber of Commerce, the city manager and city commissioners are all going to work in unison to transform east Gainesville, Goston said.

Blacks have a buying power nationally of over $1 trillion dollars, according to a report from Nielsen, a company that studies consumer trends in over 100 countries. According to the most recent U.S. Census Bureau survey, there are 2.6 million black-owned business nationally.

With east Gainesville gaining an influx of more jobs through the District 1 expansion, residents can start investing their money in new outlets, Goston said.

“We’re also looking into getting a black-owned credit union opened up in east Gainesville where you can truly administer the policy of community reinvestment,” said Goston.

In early August, Goston said he will invite 10 to 15 banks that will work with existing black businesses in District 1 that need capital to expand. These banks will also be prepared to give loans to new businesses that move to District 1.

Once new businesses gain a financial foothold, it’s up to them to build a reputation that will keep them in the customer’s sight, said area business owners.

Summer Griggs, a partner at the law firm Adams and Griggs, P.A., said she believes that being active in the community is an integral part of the work of her Gainesville firm, which has specialized in elder and estate law since its opening in 2014.

Griggs said she does this by conducting presentations on maintaining an estate and informing people of their rights.

Another Gainesville black business owner, Omar Oselimo, who got his start in 2003, is the mastermind behind Reggae Shack, Southern Charm Kitchen and Twisted Peacock.

Oselimo said he believes his biggest challenge in the restaurant business was himself.

“I would speak to every banker in town, but my business was just not hitting,” he said. What Oselimo said he realized was that he had to “speak the language” of business. He got a business coach and began to research to get better at what he does.

“My biggest piece of advice for black business owners is to change your mindset and realize that anybody can be successful,” he said.

In the meantime, those who wish to find more local black businesses in the area can contact Virginia Grant, president of Gainesville Black Professional, Inc.

Grant said she hopes her non-profit organization can be a source of information for black professionals seeking opportunities in Gainesville.

“We’re not trying to be exclusive, but inclusive — we would like to be a place people can go to be more diverse,” she said.

Another way to find local black owned businesses is by downloading the WhereU app to your mobile phone.

The WhereU app was launched as a way to find local black businesses in various categories, and it is ranked by peer-to-peer referral counts.