CLEVELAND — The morning after U.S. Sen. Ted Cruz of Texas refused to explicitly endorse GOP presidential nominee Donald Trump, fellow Republicans criticized the conservative firebrand for not getting on board with the party’s candidate.

But at the same time, comments about NATO attributed to Trump in The New York Times caused a new round of intraparty heartburn.

At a final breakfast Thursday for the Florida delegation at the Republican National Convention, some speakers clearly denounced Cruz for not offering his full-throated support to Trump, a real-estate developer who upset the party establishment by claiming the nomination.

Florida Gov. Rick Scott suggested to reporters after speaking to the delegation that Cruz should have made an endorsement.

“There’s only two people on the ballot: Hillary Clinton and Donald Trump. … The party needs to unify. Everybody needs to support Donald Trump, and we need to have a big win in November,” Scott said.

Cruz’s decision to simply tell convention delegates to vote their conscience followed a nasty primary race in which Trump defeated the Texas senator. The primary included Trump circulating an unflattering picture of Cruz’s wife and falsely implying the senator’s father might have been involved in the assassination of President John F. Kennedy.

Cruz’s address Wednesday night was greeted with a loud round of boos as it became clear to delegates that Cruz would not offer a direct endorsement. Other Republican candidates who lost to Trump, including U.S. Sen. Marco Rubio of Florida, have backed the nominee during convention speeches.

“There was a sharp contrast between our senator from the great state of Florida, Marco Rubio, and the comments made by the senator from Texas,” Florida GOP Chairman Blaise Ingoglia said Thursday after the breakfast.

Ingoglia, who is also a state House member from Spring Hill, said Cruz’s comments were “unfortunate” and suggested the implied snub of Trump and the reaction to it might have been what Cruz had in mind.

Even as they knocked Cruz for failing to offer an endorsement, though, Republicans sought to play down the notion that the nationally televised, contentious sceneÂ reflected a rift in the party.

Former U.S. House Speaker Newt Gingrich, who followed Cruz on the Cleveland stage Wednesday, recalled being asked by reporters about the possibility of division.

Gingrich offered a suggestion to an audience member worried that some Cruz supporters might still be reluctant to back Trump.

“I candidly think the No. 1 thing we can do is ask them to watch Philadelphia,” he said, referring to the site of next week’s Democratic National Convention.

Meanwhile, Trump continued to stir dissent within the GOP ranks. In an interview published online Wednesday night by The New York Times, Trump left open the possibility of not militarily supporting NATO allies if they are invaded by a newly aggressive Russia.

Trump said that in such situations he would decide whether to aid the countries only after reviewing whether they “have fulfilled their obligations to us,” the paper reported.

Former U.N. Ambassador John Bolton cast doubt on the legitimacy of the quote but said he was “disturbed” by the comments if they were truly made by Trump, saying they could embolden Russian President Vladimir Putin.

“When an American leader says I’ll look at what the situation is after the Russians attack, that is an open invitation to Vladimir Putin, who has already changed borders on the continent of Europe through the use of military force, something we said in 1945 we would never permit again,” Bolton said.

Sessions said NATO was important, but he backed Trump’s seeming belief that Europe must do more. He recounted conversations with some ambassadors from the continent.

“You must not be so afraid of the Russians if you don’t even spend 2 percent of your (economy) on defense,” Sessions said. “Give me a break. … Europe’s economy is bigger than ours, their population is bigger than ours. It’s time for them to stand up and do a little better in sharing the cost of defending the free world.”

Brandon Larrabee is a reporter for the News Service of Florida, a news service to which WUFT News subscribes.
Previous Zika Investigations Eating Up Funds, Florida Officials Say
Next Florida’s Jobless Rate Remains Steady, No Change In June 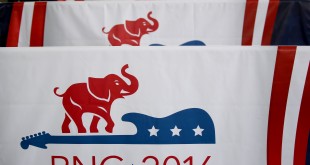 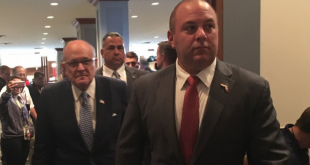 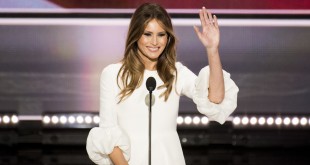 "This was my mistake and I feel terrible for the chaos I have caused Melania and the Trumps, as well as to Mrs. Obama. No harm was meant," wrote speechwriter Meredith McIver.