Gov. Scott to Speak at the Republican National Convention in Support of Trump

Speaking to a variety of reporters and radio shows on media row — across the street from the main convention venue — Scott explicitly compared his upstart bid for governor in 2010 to Trump’s presidential run in 2016. Scott also hammered away at former Secretary of State Hillary Clinton, the Democratic presidential candidate, for not destroying the Islamic State terrorist organization.

Scott is set to address the convention Wednesday evening, one day before Trump formally accepts the party’s presidential nomination and launches his general election campaign. It will be difficult for Trump to cobble together the 270 electoral votes needed to take the White House without the 29 from Florida.

Leaning on his own experience winning the state, Scott predicted Trump, a real-estate mogul, “is going to have a big win” in Florida in November.

There are certainly similarities between the two campaigns. Trump ran against the lion’s share of the GOP establishment this year, as Scott did in 2010, and rode a grass-roots wave of support to the nomination. Both are businessmen who built large fortunes but later faced questions about some of their methods.

In fact, Democrats were already moving Tuesday to counter Trump’s message on his ability to manage the economy because of his business experience.

“He’s made a career out of making himself rich at the expense of everyone else,” Democratic National Committee Chairwoman Debbie Wasserman Schultz, who is also a Florida congresswoman, said at a press conference in Cleveland.

Scott did not endorse Trump before the Florida presidential primary but has become one of the billionaire’s most enthusiastic supporters among elected officials. In Florida, former Gov. Jeb Bush and U.S. Sen. Marco Rubio have stayed away from Cleveland during the convention, though Rubio will appear by video.

Scott said he will use his speech Wednesday to push the need for the party to unite behind the presumptive nominee and will even use Trump’s reality television career to make the point.

“One of the things I’m going to talk about is that he’s uniquely qualified to fire the Washington politicians, because you watched his 14 years on ‘The Apprentice,’ ” Scott said. 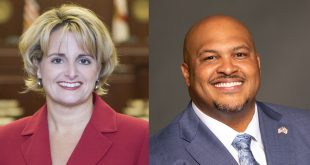 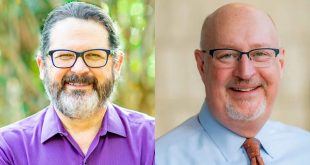 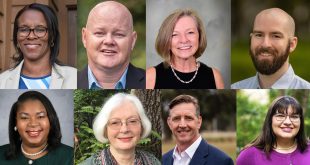 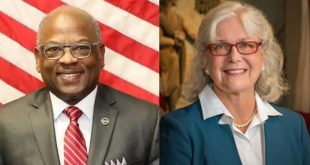