CLEVELAND — So far, the Republican National Convention has seen a raucous fight over the party’s rules and accusations of plagiarism against presidential candidate Donald Trump’s wife. And that was from the first day.

Even in the age of prepackaged, made-for-television political conventions, there are often unexpected stories that arise in the course of four days. But the gathering in Cleveland has seen a degree of drama not experienced in some time.

“There’s always an upside to going first in the convention cycle and a downside,” said Susan MacManus, a political science professor at the University of South Florida who is in Cleveland. “We’ve already seen the downside.”

On Monday afternoon, the question of whether the convention would approve the rules on a voice vote or through a roll call vote — the outcome was not really in doubt — led to a boisterous scene on the floor. Delegates traded chants over the fight, and the convention essentially ground to a standstill at one point for 10 minutes.

The highlight of the first day for Trump’s campaign seemed to be a speech by his wife, Melania, meant to highlight the softer side of the outspoken businessman perhaps best known for telling reality television contestants, “You’re fired.”

But within hours, allegations were bubbling up that portions of the speech appeared to have been lifted from a similar convention address by First Lady Michelle Obama. The Trump campaign denied that any plagiarism took place.

“You guys can’t have it both ways,” he told reporters. “You know, you bemoan the sterile, scripted conventions and then you get a very unscripted moment yesterday, and you’re complaining about that. This is anything but a conventional convention.”

Some of that might be due to the controversial nature of the presidential candidate. Trump’s victory laid bare the strains between the Republican establishment and parts of the party’s grass-roots base.

Democrats have been almost giddy about the distractions in Cleveland. The campaign of former Secretary of State Hillary Clinton, who is set to accept the Democratic Party’s nomination next week in Philadelphia, has been largely mum on the controversy over Melania Trump’s speech.

But it has been more than happy to play up the rules vote and some of the more heated speeches from the lectern.

“Day 1 of the Republican convention was a mess on so many levels,” said Democratic National Committee Chairwoman Debbie Wasserman Schultz, a Florida congresswoman. “We heard a lot of anger, a lot of yelling, but no substance — just empty rhetoric and divisive language.”

Even as contested conventions have become a thing of the past, distractions at the events are hardly new. A procedural fight over the Democratic platform in 2012 led Republicans to proclaim that delegates to that convention had booed God. (They mostly appeared to be protesting the way changes to the platform were pushed through.)

“This is when an election is filled with distractions,” MacManus said.

Outgoing Florida House Speaker Steve Crisafulli, R-Merritt Island, also argued that the kerfuffles were nothing new, even if this year’s sideshows were drawing more scrutiny from the estimated 15,000 reporters who have descended on north Ohio. And he said things would soon change.

“The reality is, I think that the focus over the next day or so will start to become more behind our nominee and what he’s going to be able to do as the Republican presidential candidate,” Crisafulli said.

The question is whether any votes have been swayed by the dissension in Cleveland, or whether voters will view it as insider baseball. For now, the GOP appears to be banking that the latter is the case.

Steve is an editor for WUFT News and can be contacted by calling 352-392-6397 or emailing news@wuft.org.
Previous July 20, 2016: News In 90
Next Florida Investigating A Possible Non-Travel Related Zika Case 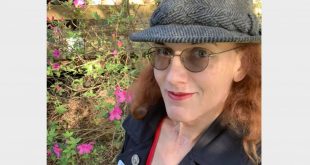 ‘An Inspiration To Us All’: First Openly Transgender Woman To Run For Florida Senate Dies Weeks Before Election Day 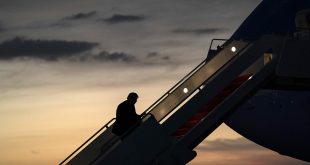 The emails directed voters to cast ballots for President Donald Trump or “we will come after you.”