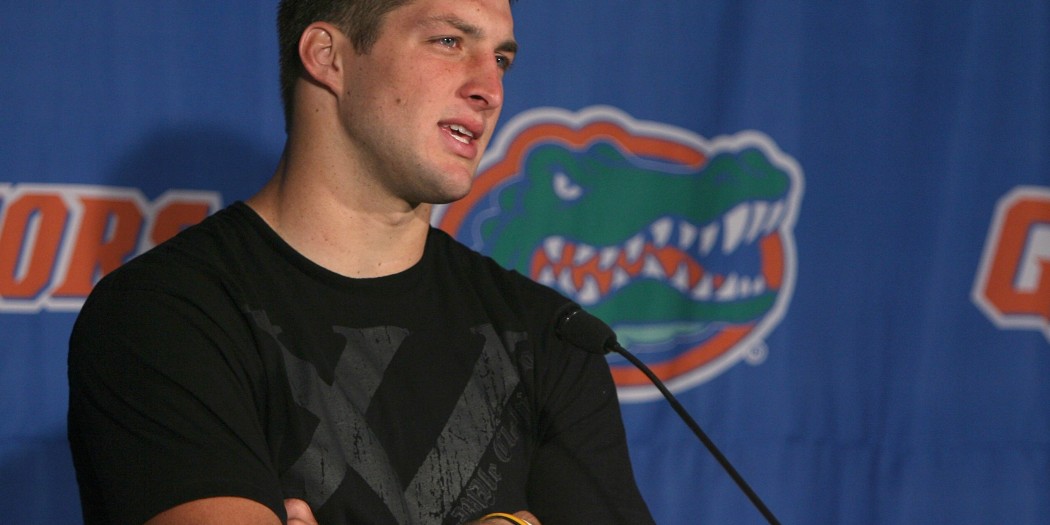 In this file photo, Florida junior quarterback Tim Tebow makes an emotional speech after the Gators' 31-30 loss to the University of Mississippi Sept. 27, 2008, at Ben Hill Griffin Stadium. The former Florida Gators quarterback and Heisman Trophy winner is tentatively scheduled to speak on the fourth day of the Republican National Convention, which begins Monday in Cleveland. (File photo by Tim Casey/UAA)

Updated, Friday at 8:15 a.m.: This story’s headline has been corrected after Tebow himself late last night posted this to Instagram:

Original story, Thursday at 1:15 p.m.: One of Florida’s most recognizable quarterbacks has been added to the long list of people who will speak at the Republican National Convention, according to The Associated Press.

Former Florida Gators quarterback and Heisman Trophy winner Tim Tebow is tentatively scheduled to speak on the fourth day of the convention, when Donald Trump is expected to accept his party’s nomination for the U.S. presidency.

Tebow isn’t the only political outsider among the speakers. PayPal co-founder Peter Thiel, former NASA astronaut Eileen Collins, and underwear model and TV soap actor Antonio Sabàto Jr. are among the nonpolitical names on the list.

A partial list was released Thursday, but the Trump Campaign said it will continue to announce the names of speakers leading up to Monday’s convention in Cleveland at the Quicken Loans Arena.

This isn’t the first time Tebow’s name has been linked to politics. Responding to a Fox News Channel’s Fox & Friends question in March on whether he would ever run for public office, Tebow revealed he was intrigued by the idea of making a difference “someday at something.”

When longtime U.S. Congressman Ander Crenshaw (R-FL) announced his retirement, supporters urged Tebow to run for his seat, but the deadline for running in the August primary lapsed with no announcement from Tebow.

Previous July 14, 2016: News In 90
Next Is A Bailey Bridge The Solution To This Collapsed Alachua County Creek Crossing?