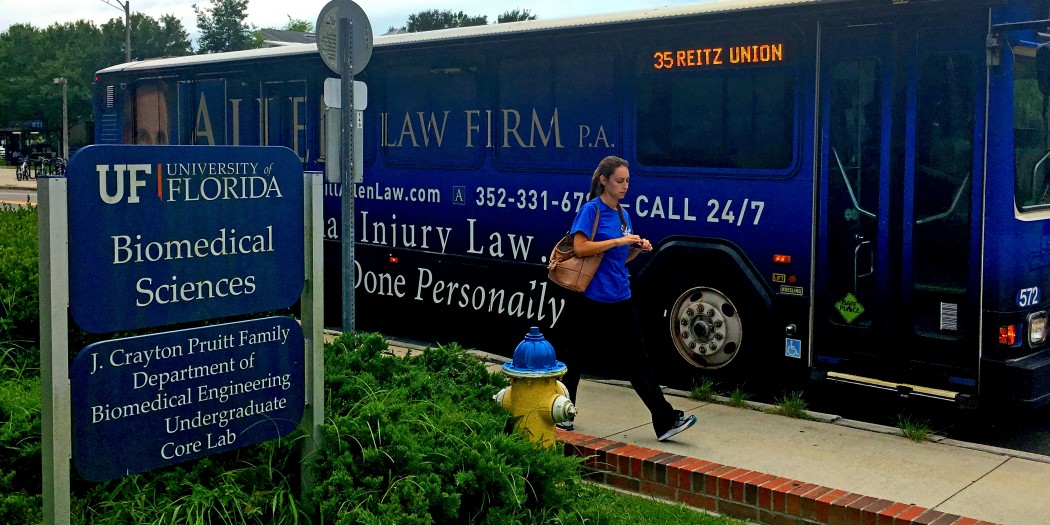 Skinner said there would now be trips to and from UF Health Shands Hospital that begin before 7 a.m. and continue after 6 p.m.

The weekend service enhancements will cost the county $64.88 per hour, while the holiday changes will cost $128 per hour. The increased cost of changes to holiday bus service includes additional ADA services and a union hourly pay differential.

“The connectivity between the county and the city will be greatly enhanced,” Skinner said.

2016-07-05
Priscilla Osorio
Share
Previous Millionaires Add Up In Legislature
Next Too Dangerous To Talk? Some Cities Explore 911 Texting