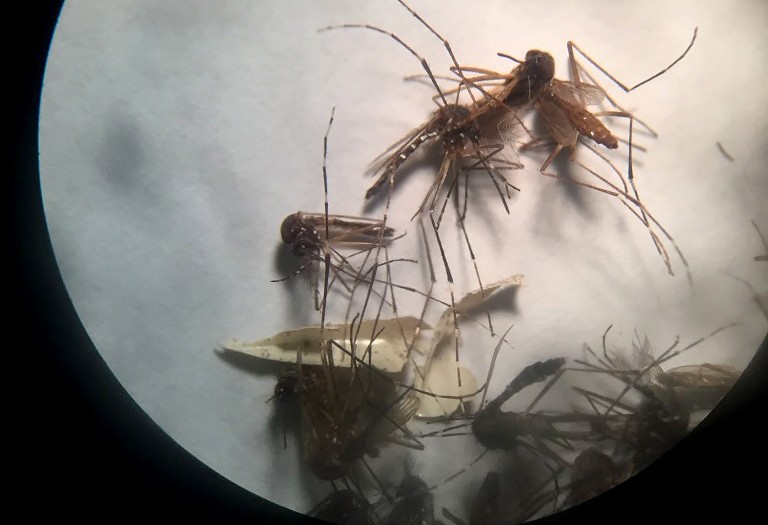 Florida has reported its first Zika-related case of microcephaly, a disease that can cause deformation of the head and intellectual disability.

The child’s mother contracted the Zika virus while outside the U.S. She came to Florida to have her baby, according to the Florida Department of Health.

Babies born with severe microcephaly have smaller than normal heads due to lack of brain growth while in the womb. Microcephaly can lead to several different side effects such as: hearing loss, seizures, hearing problems, and developmental delays, according to the Centers for Disease Control and Prevention(CDC).

The CDC recommends that women who are pregnant or trying to become pregnant refrain from traveling to areas that are known to have locally transmitted cases. Women who have traveled to such places or have a history of the virus should take extra precautions during their pregnancy by having additional ultrasounds. During the second and third trimester an ultrasound can show if the the baby’s head is smaller than normal.

The DOH reported there are 187 confirmed cases in Florida with 40 additional cases of pregnant women being monitored for symptoms of the virus in its Daily Zika update on Tuesday. No locally transmitted Zika cases have been reported.

Gov. Rick Scott is gathering officials in West Palm, Florida to have a round table discussion on the Zika virus.

“We’re focused on the safety of the citizens,” Scott said after the discussion in West Palm.

“If we can stop the mosquitos, we can make sure that we don’t have an expansion of more Zika cases in our state.”

Last week, he used his emergency powers to allow spending up to $26.2 million to combat the spread of the virus.

The Senate on Tuesday tried to allocate funds to stop the spread of Zika as well, but the $1.1 billion funding bill failed to get the 60 vote majority needed to pass, despite already passing in the House last week.

Zika is spread through sexual contact and by Aedes albopictus mosquitoes. Aedes mosquitoes,which have been found in Florida, will bite humans over any other prey 80% of the time, said Casey Parker, a master’s student at the UF Institute of Food and Agricultural Sciences Department of Entomology and Nematology.

With the number of Zika cases in rising, the likelihood of a Florida mosquito becoming a carrier of the virus increases.

Measures have been taken locally to contain the spread of Zika through mosquito trapping.

The most effective action that the general population can take is to get rid of standing water because Aedes mosquitoes can lay their eggs in a water bottle cap amount of water.

Despite the rise in confirmed cases, Jorge Rey, director at the UF/IFAS Medical Entomology Laboratory in Vero Beach, thinks that Florida won’t see the widespread epidemic that regions in the Caribbean are facing. He said Florida will most likely see pockets of the Zika virus instead.

Rey wants people to remember that the mother of the child didn’t pick up the disease in the United States.

“No doubt when it happens in our backyard it captures our attention,” he said, “but it’s really no different than any other thing we’ve seen.”

Previous Impact of Abortion Ruling on Florida Law Unclear
Next June 28 2016: News In 90