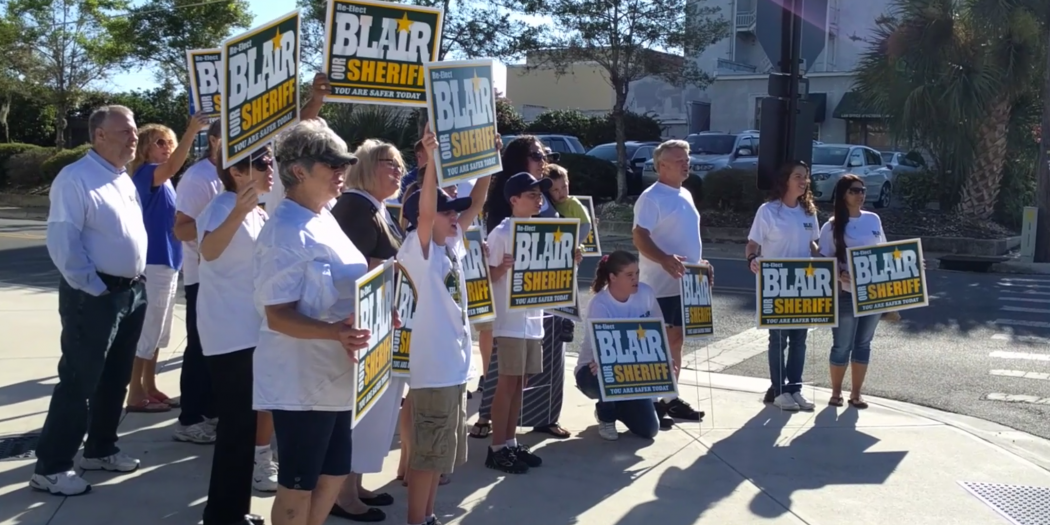 OCALA — Suspended Marion County Sheriff Chris Blair did not appear in court today, but his supporters did.

Blair’s attorney, Gilbert Schaffnit, filed paperwork Monday to waive his arraignment hearing scheduled for 9 a.m. Still, about 30 of his supporters stood in the morning sunshine outside the Marion County courthouse waving signs and chanting slogans in support of his re-election.

“I was very very angry that anyone would say a bad thing about Chris,” Jay Warsaw said of Blair’s indictment. Warsaw lives in Dunnellon and organized the event using Facebook.

Interim sheriff Emery Gainey has said Blair’s court case has him “disappointed” and “discouraged.” Gov. Rick Scott appointed Gainey interim when he suspended Blair last month. Blair is one of five candidates who have filed to run for sheriff; the five-day qualifying period ends Friday.

A pretrial conference is scheduled for Sept. 14, and jury selection is to begin the morning of Sept. 19.