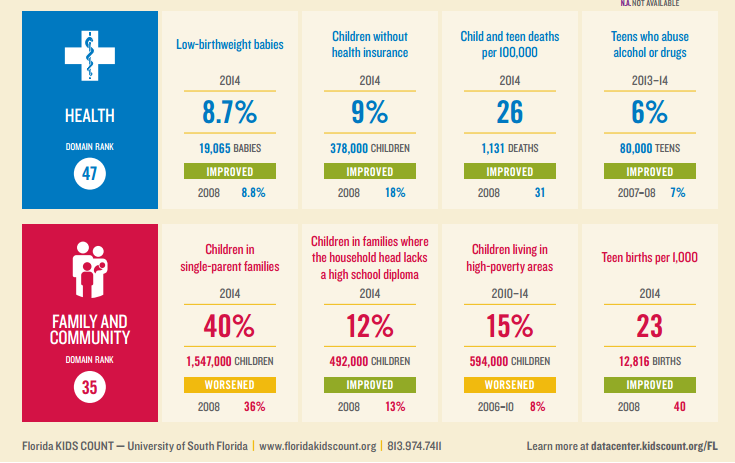 According to a new report, children’s health in Florida has improved overall, but is still lagging behind when compared to other states.

Florida also fell nine spots to 47th place in overall children’s health, making it now one of the worst performing states in the nation, despite a 50 percent increase in the percentage of kids with health insurance since 2008.

“We are letting our most vulnerable citizens down and we are letting our state down,” said Florida Kids Count co-director Norin Dollard. “We need policies that make meaningful investments in the care and education of our children and families. Over the long term these investments enhance the skills of our workforce and create safe and stable communities that are pleasant to live in and also attract prospective employers.”

Even with a rise in the number jobs since the recession, one in four Florida children are still living below the poverty line, the report shows. And while Florida children’s health has improved overall, the percentage of children living in poverty hasn’t budged:

“There hasn’t been any shift in that percentage even though there’s more jobs” for people in Florida, Dollard said. “It’s not just here; it’s in all of the states. Still, there’s not enough growth to lift kids out of poverty.”

Dollard said while Florida has added more than 1 million jobs, most of them are seasonal, part-time or pay minimum wage and parents are struggling to pay the bills.

The report is not all bad news, though. More children graduated from high school on time and the state is seeing fewer instances of teen births, with rates down more than 40 percent since 2008. The percentage of teens abusing drugs and alcohol also fell 14 percent.

“The news on Florida teens is encouraging,” Dollard said. “We just need to do more to ensure they have opportunities to raise their standard of living compared to adults in the previous two generations. Currently, this isn’t the case. Higher education costs, stagnant wages and rising housing costs make it difficult for today’s teens to become self-sufficient young adults”.

The data in the report ranges from 2008 to 2014 and is taken from the U.S. Census, U.S. Department of Education and Centers for Disease Control and Prevention. 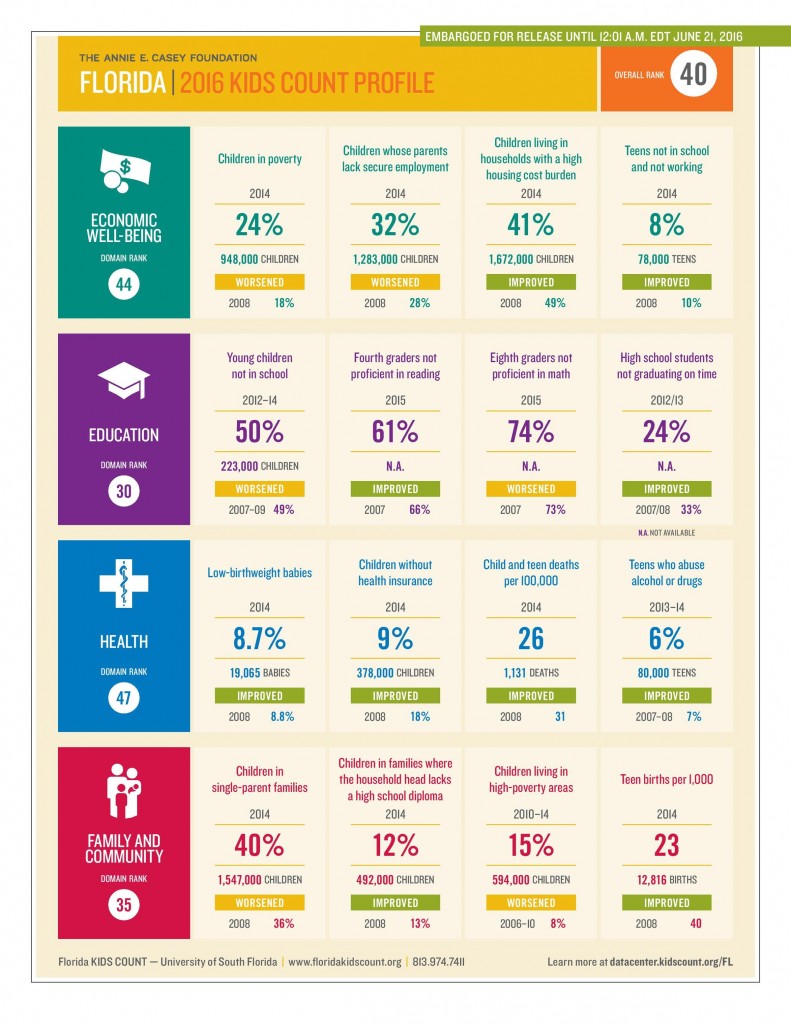 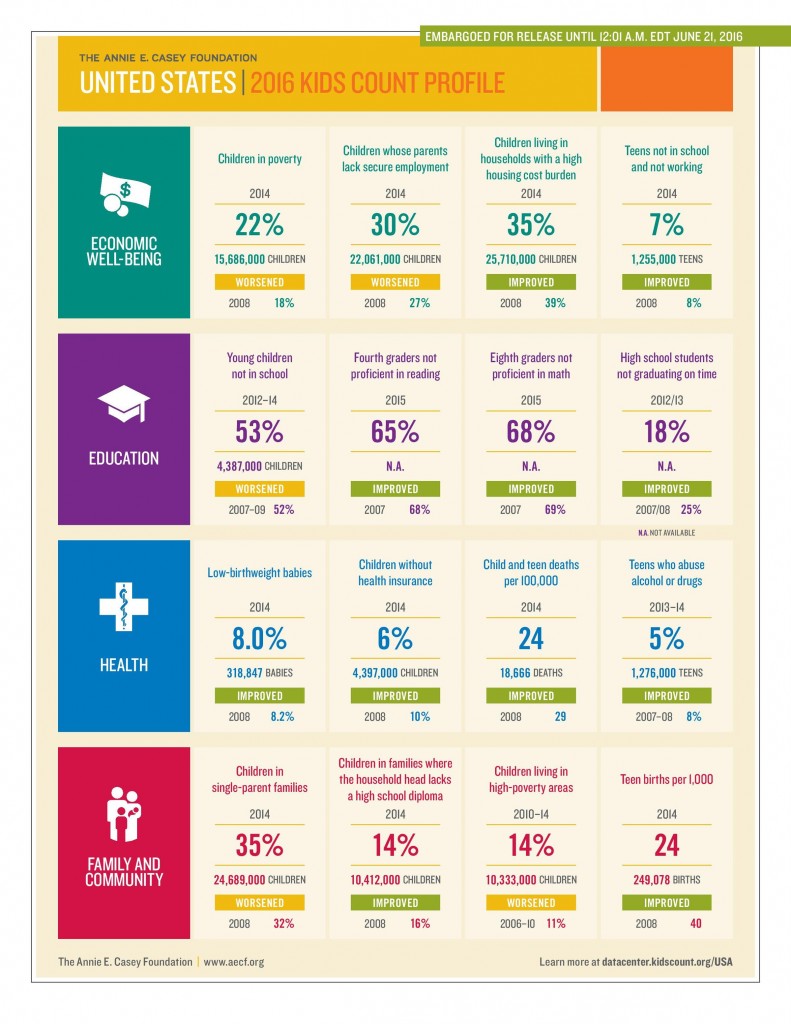 CREDIT FLORIDA KIDS COUNT
–Daylina Miller is a reporter with WUSF in Tampa. WUSF is part of Health News Florida, which receives support from the Corporation for Public Broadcasting