THE CAPITAL, TALLAHASSEE — In another chapter in a long-running battle, a major Jacksonville hospital is challenging a decision by the Florida Department of Health to allow a rival hospital in Orange Park to open a trauma center.

The challenge, filed by UF Health Jacksonville, was sent Wednesday to the state Division of Administrative Hearings, according to documents posted online.

The dispute stems from the Department of Health’s decision in late April to give what is known as “provisional” approval for Orange Park Medical Center to open a trauma center on May 1. The case follows repeated legal and regulatory fights during the past five years in the hospital industry about opening trauma centers — including clashes about whether the Orange Park hospital should operate such a center.

UF Health Jacksonville, a teaching hospital near downtown Jacksonville, has sought to remain the only facility in Northeast Florida to operate a trauma center. In the challenge, it contends that the Department of Health violated a state rule that calls for only one trauma center in a five-county area made up of Duval, Clay, St. Johns, Baker and Nassau counties.

“UF Health Jacksonville files this petition to challenge the department’s preliminary decision to authorize a new trauma center at Orange Park and demands that the department instruct Orange Park that it is not authorized to offer trauma services until this administrative proceeding is completed,” UF Health Jacksonville attorneys Seann Frazier and Marc Ito wrote in the challenge, which was filed last month with the Department of Health before being forwarded Wednesday to the Division of Administrative Hearings.

“The department has interpreted this statutory mandate as requiring an open slot for final verification of trauma centers only,” Orange Park Medical Center attorneys Stephen Ecenia, J. Stephen Menton and Gabriel Warren wrote. “Under this legal interpretation of the department’s governing statutes, a hospital may move forward with the many other stages of its application in the absence of an administrative rule allocating a specific need in that TSA (the Northeast Florida trauma service area). However, a hospital may not become a fully verified trauma center without an allocated need in the applicant’s TSA.”

An April 28 letter from the Department of Health notifying Orange Park Medical Center of the provisional approval indicates a decision will be made by July, 1, 2017, about the more-permanent approval. The Department of Health early this year proposed a rule that included allowing another trauma center in Northeast Florida, but the proposal was withdrawn after it was challenged by UF Health Jacksonville and the Public Health Trust of Miami-Dade County.

The addition of trauma centers has been a highly controversial issue in recent years in Florida’s hospital industry. Much of the battling has stemmed from efforts by the HCA health-care chain, which includes Orange Park Medical Center, to open trauma facilities.

Orange Park Medical Center was also part of that debate. It opened a trauma center in 2011, but the Department of Health later ordered the facility to be closed for reasons unrelated to the broader legal fights. The Clay County hospital began the application process last year to reopen a trauma center.

Previous Century Tower To Don Rainbow Colors In Support Of Victims, Survivors Of Orlando Shooting
Next June 16, 2016: News In 90 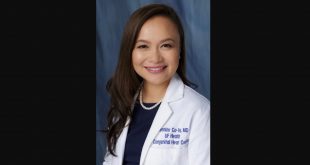