Boy Treated At Hospital After Shark Attack In Florida

Key says a lifeguard tower called in the incident, and the boy was rushed to the hospital to be treated for an 8-inch bite behind his right knee and top of his calf. He says the injuries were not believed to be life-threatening.

Key said it was the first shark attack of the season at the beach.

Previous 600,000 Travelers At Orlando Airport This Weekend
Next Hundreds Gather At Camp Blanding On Memorial Day 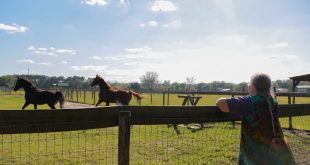 CHONGQING, CHINA – As with so much else, the pandemic has made international students’ life …