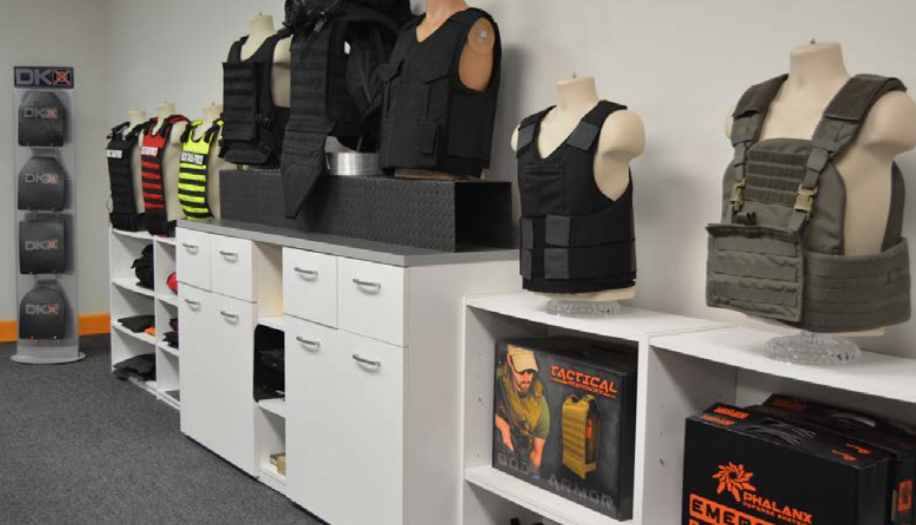 Will Gainesville’s Old Army Reserve Property Be Home To A Body Armor Maker?

A Gainesville company that makes body armor is offering to buy the city’s former Army Reserve property, but its purchase price offer of $2 raised eyebrows of city commissioners on Thursday.

City staff ranked a proposal from Phalanx Defense Systems higher than one other proposal (from the Alachua County Housing Authority), despite a $47,998 difference in the two proposed purchase prices. Staff’s reasoning: Phalanx is offering to put more than $1 million of work into the building, which is deteriorating.

“I could pick a lot of buildings in Gainesville, Florida, that I’d like to be the landlord of,” commissioner Todd Chase said, “and this ain’t one of them.”

Mayor Lauren Poe also noted the city’s liability issues with the building, which was built in 1953 and has asbestos and roof issues.

“There are aspects of it that are an asset, but it’s problematic. And that’s one reason the city hasn’t done something with it yet,” he said.

If the city successfully negotiates a deal with Phalanx, the company would move its headquarters into the property. It’s currently located in an old Federal Aviation Administration building near the Gainesville Regional Airport at 4352 NE 40th Terrace, where it employs about 25 people and makes body armor and concealment holsters.

Chase was concerned if relocating Phalanx’s operations to northeast Gainesville would prove too noisy for neighbors. Not at all, said chief executive James Coats: “It’s the hum of a sewing machine and the laughter of a bunch of cool people assembling safety products.”

The Alachua County Housing Authority proposed buying the property for $48,000 and creating more than 50 subsidized housing units for seniors.

“I’d really like to work to try to get some type of senior housing. There’s a tremendous need, and we really need to address this issue,” the authority’s director Kenneth Armstrong said.

If negotiations were to fail with Phalanx, the Housing Authority could then negotiate with the city.

“I guess inflation has driven up the cost of a low-ball deal,” which is typically $1, Poe said. “But I did appreciate their creativity in that.”

The city commission on Thursday instructed staff to negotiate either a better purchase price from Phalanx or a lease option — assuming the city wanted to keep the property.

Phalanx now leases its current headquarters — the old FAA building — from the city, at a monthly cost of $3,500.

Ethan is a journalist at WUFT News. He's a Pennsylvania native who found a home reporting Florida's stories. Reach him by emailing emagoc@wuft.org or calling 352-294-1525.
Previous Afternoon News in 90
Next May. 20, 2016: News in 90