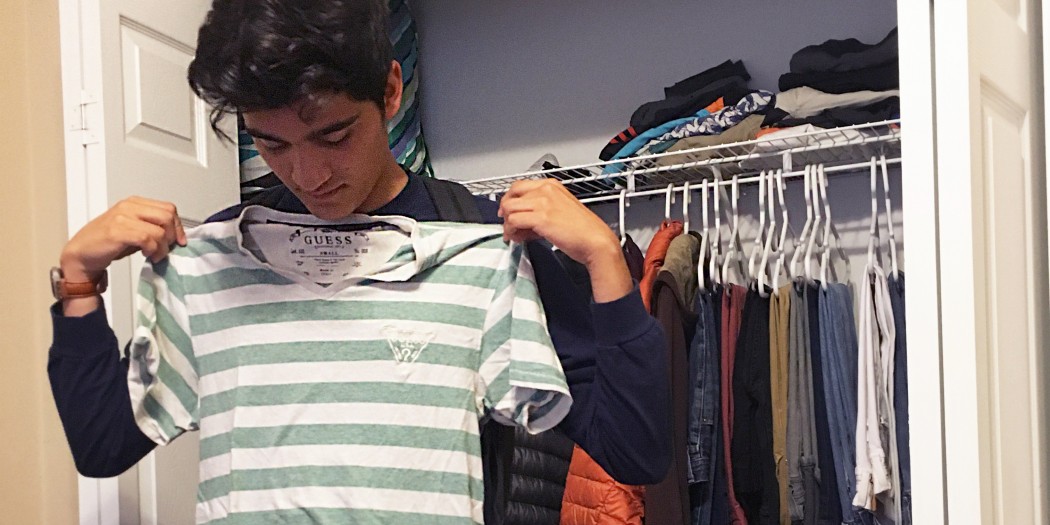 Alachua County School Board Might Change The District’s Dress Code

Brittany Fletcher’s bare shoulders landed her in detention on the morning of April 12.

The 17-year-old Eastside High School senior was taking a slip to the attendance office when she was sent to detention for the rest of the school day for wearing a sleeveless dress.

The incident is not unlike what other girls nationwide experience when they are removed from class for violating school dress code policies. But that may change as the discipline committee for Alachua County Public Schools is now proposing the School Board eliminate some existing dress code rules, including the restriction of collared shirts and blouses.

The board will vote on June 21, and a first reading of the changes is scheduled for Tuesday night at 6 p.m.

“The feeling of the discipline committee was that it really wasn’t going to affect the teaching and learning environment if you remove collared shirts as a requirement,” said Jackie Johnson, director of communications and community initiatives for Alachua County Public Schools.

On the day of her detention, Fletcher wore a sleeveless, high-neck dress, which fell about an inch above her knees. Fletcher said she made sure to pair the dress with a jacket because she knew the dress code policy prohibited students from wearing sleeveless outfits.

But she left her jacket behind in her homeroom when she went to the office.

Right before she got there, a dean stopped her and told her to go to detention.

“I looked at the handbook, and it said that on the first offense you only get a warning,” Fletcher said. “So I tried to tell her that, but she was very rude and told me I couldn’t read.”

According to Fletcher, the dean refused to allow her to grab her jacket or have any other students give her theirs. Fletcher said other girls at Eastside have been subject to punishment after wearing clothes school authorities deemed inappropriate.

“This one girl was told her skirt was ‘too curvy,’” she said. “Her hips were apparently showing too much, even though it was floor-length.”

Just like Fletcher, Juan Mejia is finishing up his final year at Eastside. He said he was also confronted for violating dress code policy, which tainted his perfect school record.

“I think they’re kind of harsh,” the 18-year-old said. “A lot of times, students get pulled out of class, and their records get damaged.”

Nearly two years ago, the board voted to get rid of the district’s rule that students must wear only solid-colored tops.

Violet Menendez, who has two children in the district, said she recalls how her 7-year-old daughter would wear boys’ clothes to school because they fit the dress code.

“I think it’s good for them to be kind of uniformed,” Menendez said. “But them not being able to express who they are has really held them back. I think the kids feel very pressured or undermined, especially when the teachers get to wear things (students) are not allowed to wear.”

During her time in detention, Fletcher wrote a letter to The Gainesville Sun addressing how undermined she felt.

“I just hope that the change is to allow for more expression and equality rather than a retroactive attempt to combat more complaints,” Fletcher said. “The code itself is worded harshly. It’s detrimental to women and our educational access.”

Although the discipline committee is still considering the issue of sleeveless clothing, the proposal currently states that sleeves would still be required for everyone, both male and female, Johnson said.

“There is still going to be an opportunity for the public to give their input before the board votes in mid-June,” Johnson said. “We’ve had a lot of opportunities to see how this works in the schools. With all of that experience in place, the discipline committee thought this was a good time to make those changes.”

Gainesville is home to two of Florida's 11 Chinese heritage schools, according to the National Council of Associations of Chinese Language Schools.