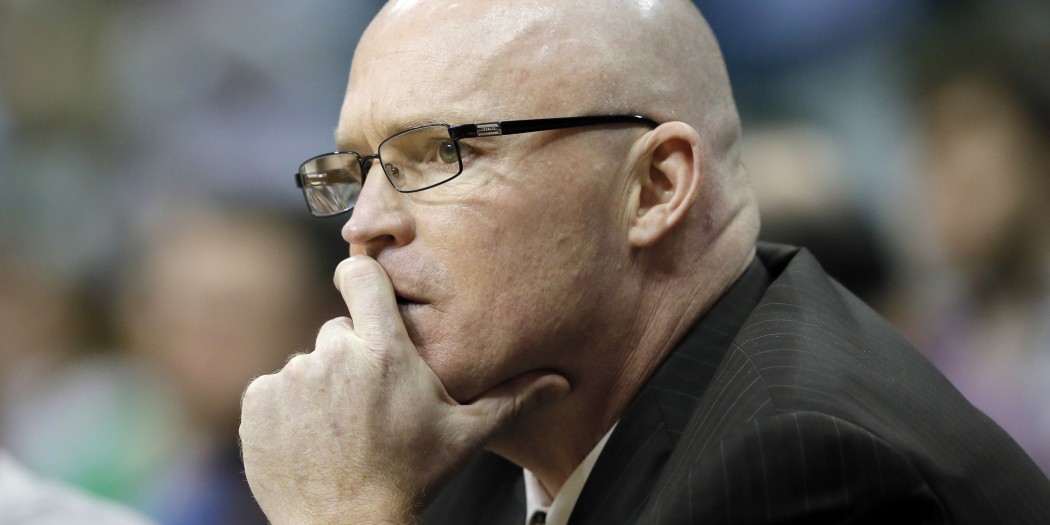 FILE - In this March 1, 2016, file photo, Orlando Magic head coach Scott Skiles watches play late in the second half of an NBA basketball game against the Dallas Mavericks, in Dallas. Skiles has stepped down as coach of the Magic. Skiles was 35-47 this season, his lone year leading the Magic. The team made the surprising announcement Thursday morning, May 12, 2016, saying Skiles informed them that he would not be returning. (AP Photo/Tony Gutierrez, File)

Skiles Out As Coach Of Orlando Magic

ORLANDO, Fla. (AP) — Scott Skiles has stepped down as coach of the Orlando Magic after just one year, the somewhat surprising decision coming about a month after the conclusion of a frustrating regular season.

Skiles was 35-47 this season, his lone year leading the Magic — the team that he spent five seasons with as a player as well. The Magic started 19-13 this season, then after the calendar flipped to 2016 they lost 34 of their final 50 games and missed the playoffs.

“After much thought and careful consideration, I and I alone, have come to the conclusion that I am not the right head coach for this team,” Skiles said in a statement released by the team. “Therefore, effective immediately, I resign my position as head coach of the Orlando Magic. I realize this type of decision can cause much speculation.

“The reality though is in the first sentence. It is simple and true. Any other rumors are pure conjecture.”

The team said a search for a new coach is starting immediately.

Orlando’s Evan Fournier took to Twitter to convey his shock shortly after the news broke, and Magic guard Victor Oladipo said he wanted to thank Skiles for helping him “improve on both ends of the floor.”

“What I learned from him I will keep with me for the rest of my career,” Oladipo wrote. “I wish him all the best in anything he does.”

Skiles’ departure gave Orlando the fourth current coaching opening in the NBA, joining vacancies in Indiana, Memphis and Houston. It also becomes the 233rd coaching change since Gregg Popovich took over as coach of the San Antonio Spurs in December 1996.

Orlando improved its win total by 10 this season compared to its pace from 2014-15, but most of those gains came early in the year. The Magic were 9-6 in November — the team’s first winning month in nearly four years — then led the Eastern Conference with a 10-5 record in December. Skiles was the NBA’s East coach of the month, and the Magic were squarely in the playoff hunt.

And then came a freefall that never really stopped. The Magic finished 11th in the East, nine games out of a playoff spot.

“While we understand it was a challenging season, we reluctantly have accepted Scott’s resignation,” Magic general manager Rob Hennigan said. “We appreciate Scott instilling a culture of accountability and certainly wish him and his family well.”

A news conference is scheduled for later Thursday in Orlando to discuss the move and what the Magic will do next.

Orlando’s next coach will be the team’s fourth in the span of four years. Stan Van Gundy was fired in 2012, and he’s been followed by Jacque Vaughn, James Borrego on an interim basis to end the 2014-15 season, and then Skiles this season.

In parts of 14 seasons as a head coach, Skiles has a 478-480 record. He’s also coached in Phoenix, Chicago and Milwaukee.

“I sincerely apologize for any unintended consequences that may adversely affect anyone associated with this decision,” Skiles said. “The Magic are a world-class organization that employs world-class people. I wish them nothing but great success.”