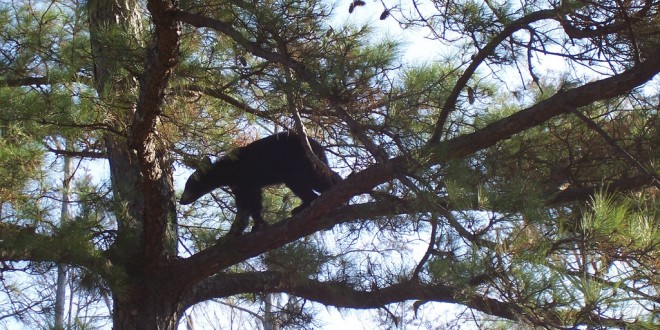 Petition To Make Bears An Endangered Species Will Move Forward

A petition to make the Florida black bear an endangered species will move forward, despite the new, higher population number recently released by the Florida Fish and Wildlife Conservation Commission.

The Center for Biological Diversity issued the petition March 17, a week before the FWC reported there are 4,350 adult bears in Florida.

The number is about 24 percent higher than the 3,500 bears originally thought to be in Florida by both the FWC and conservationists.

Bears were a threatened species until 2012, when the population was estimated to be about 3,000 and the FWC changed the status after approving a management plan.

The service has already started looking at the center’s petition, spokesperson Chuck Underwood said. It has 90 days to consider initial petitions, but Underwood said there is no guarantee when the process will be completed.

If the service determines there is substantial evidence to reconsider the bears’ status, it would then launch a more in-depth review and consider research from FWC, as well as other groups.

“We look at everything that’s available to us,” Underwood said. “Not just with the state but with other researchers, other literature that may be out there.”

Jaclyn Lopez, Florida director and staff attorney for the center, said the issue is how the bear’s population is dispersed across the state.

The decrease in habitat due to development must be considered along with the population increase.

“The increase in numbers doesn’t forecast what’s on the horizon for bears,” Lopez said.

With Florida’s population expected to increase along with land development, the habitat of bear subpopulations is what’s at stake, she said.

Research has shown that 200 bears in each of the seven bear management units would lead to a genetically sustainable population, she said. But if subpopulations remain fragmented, they could die off.

According to FWC, three of the seven bear management units currently have populations under 200.

FWC said it is working with the U.S. Fish and Wildlife through its process, which it takes seriously.

FWC proposed the hunt in October because bear activity is high during that month, and cubs should be old enough to survive on their own.

Adam Suglaski, campaign director at Stop the Florida Bear Hunt, one of the 20 organizations that signed the petition, said the new, high population number is a little fishy.

“It’s kind of suspicious because they haven’t really said they’re doing the hunt this year,” he said. “My first thought was they’re kind of priming the pump a little.”

He said he worries the number could be inaccurate, because it doesn’t include the 1,000-2,000 cubs in the state. He also worries about the future of the subpopulations.

“These bears have nowhere to go,” he said. “They’re pushed into a corner.”

Ariella is a reporter for WUFT News and can be contacted by calling 352-392-6397 or emailing news@wuft.org.
Previous Alachua County Residents Wait For Bridge Repair
Next Strawberry Festival Runs Out Of Berries