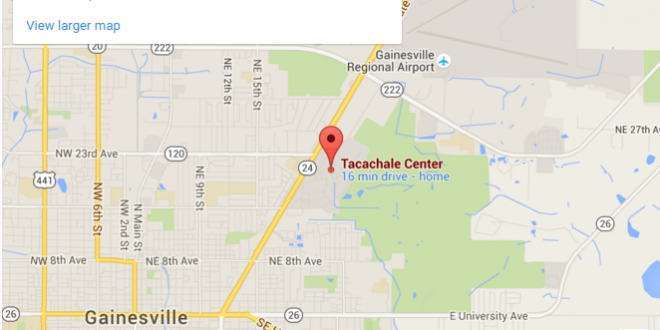 A much-awaited plan to increase development in East Gainesville is still in its preliminary stage.

During a joint commission meeting on Thursday, Gainesville and Alachua County commissioners agreed to review past plans regarding the area in and around the proposed Waldo Road Job Center in order to avoid starting from scratch for future development.

The proposal consists of a four-step plan to create a place for people to work in and around the Tacachale Center, a state-run disability center near Waldo Road.

This was the first time city and county commissioners sat down together to discuss the job center proposal, city commissioner Todd Chase said.

“There’s a ton of moving parts to it and there’s just so much uncertainty,” Chase said. “Are we going to deliver false promises and give people false hope? Yes, we are. Because that’s what we do.”

City commissioner Randy Wells said the main concern among residents is what will happen to the developmentally disabled being served at Tacachale today.

The center is the largest employer in eastern Alachua County, with its number of employees equivalent to Santa Fe College, according to Hutchinson.

“Whatever is done at that property needs to integrate the services that are currently provided there,” Wells said. “It should be more tightly focused on the Tacachale town’s vision.”

County commissioner Robert Hutchinson said he had spoken with hundreds of employees and residents to form the ideas represented in the proposal.

“[These ideas] didn’t spring from my head,” said Hutchinson. “They sprung from conversations with smart and thoughtful people.”

County commissioner Mike Byerly agreed with Hutchinson, arguing that the particular location of a job center in Tacachale — unlike the location presented by Weyerhaeuser in its Envision Alachua sector plan — will deliver on its promises to improve the quality of life in East Gainesville.

Still, other commissioners were not convinced that the proposal adequately met the needs of the people living in East Gainesville.

“We don’t have the resources to put this into play,” said county commissioner Lee Pinkoson. “[And] you’ve created an angst for the people of Tacachale, now they don’t know if they’re going to have a job… and I think that’s unfair.”

City commissioner Charles Goston, who represents the district where the center will be built,  said the jobs would not flourish in his district because the east side of Gainesville is doomed from having any investments due to destructive marketing painting it as a “black hole.”

Those opposed expressed concerns over how much time it would take before the center is up and running; supporters insisted if the proposal moved forward now, restructuring could start as early as 2017.

“I do support doing something major in East Gainesville,” said city commissioner Craig Carter. “If we do little lipstick things we’re never going to get anywhere.”

Editor’s note: An earlier version of this story suggested that county and city leaders had approved the proposal — they did not. They approved more review of past plans relating to the development. We apologize for the confusion.

Carel is a reporter for WUFT News and can be contacted by calling 352-392-6397 or emailing news@wuft.org.
@@cclajara
Previous Eastside High School Student, Bishop Honored at MLK Ceremony
Next UF Spends $9,000 on April Fool’s Prank