By Taylor Slater and Alexandra Go

Marion County resident Lanette Woods said that Baseline Road Trailhead Park is the only park she goes to.

“We’ve tried a few of the other ones and it’s not nearly as nice, [they don’t] have nice equipment and it’s packed,” Woods said.

Woods, along with other residents of Marion County, will get their chance over the next two weeks to discuss what they would like to see in the county’s parks at a series of meetings hosted by the Marion County Parks and Recreation Department.

The plan, called the Marion County Parks and Recreation Master Plan, is expected to be entering its final draft in September, and county residents may start seeing changes in the next year and a half.

The department is hosting six meetings in six different locations, with two already taken place Monday and Tuesday. Monday’s meeting had a turnout of about 12 people. Couillard said that despite the low turnout the reception was very positive and that he expects future meetings to have a larger turnout.

The next three meetings are Thursday at Belleview City Hall in Belleview, April 4 at Brick City Adventure Park in Ocala and April 5 at Van Ness Park Civic Center in McIntosh. All meetings are scheduled to run from 5:30-7:30 p.m.

“This is where we ask the community what our needs are,” Couillard said.

Couillard said the different locations are to stress the importance of attending the meetings. The department wants to give people many opportunities to attend and are broadly reaching in the county to make public participation possible.

The department is also reaching out on social media and offering a survey as a compliment to the meetings in case one isn’t able to go to them.

Gabriel said that the master plan hopes to provide an overview of what they plan to do with the parks for the next ten years. The department reviews it yearly with major updates to the plan every 5 years.

“Any part [of the plan] that we propose we want to make sure we can pay for,” Gabriel said.

Jim Couillard said that the estimated budget for the development of the 2016 master plan is $168,000. That includes data collection and determining community needs.

“We on the park board feel that the parks are very necessary [for] a good quality of life,” Gabriel said.

Taylor is a reporter for WUFT News and can be contacted by calling 352-392-6397 or emailing news@wuft.org.
Previous Newberry High School Receives Statewide Recognition For Criminal Justice Program
Next March 30, 2016: Afternoon News in 90 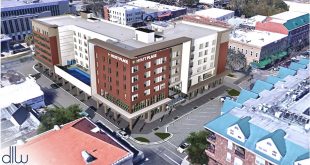 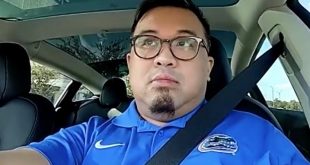