When Kevin Huynh found out that shelter animals with professional photos get adopted more quickly, he found a way to get more of the critters a turn in front of the camera. 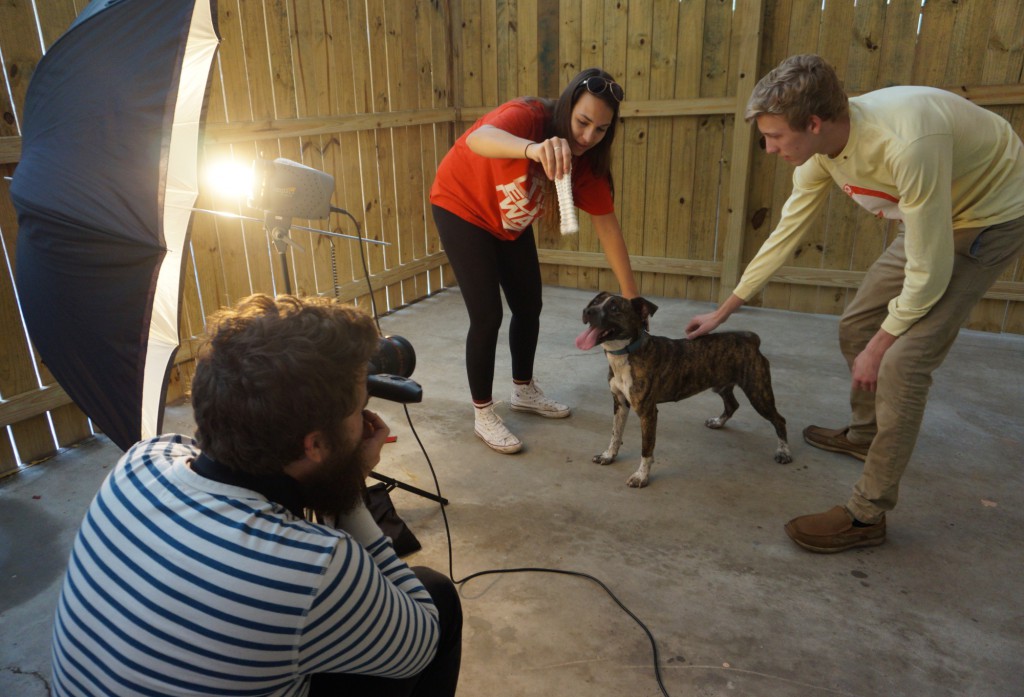 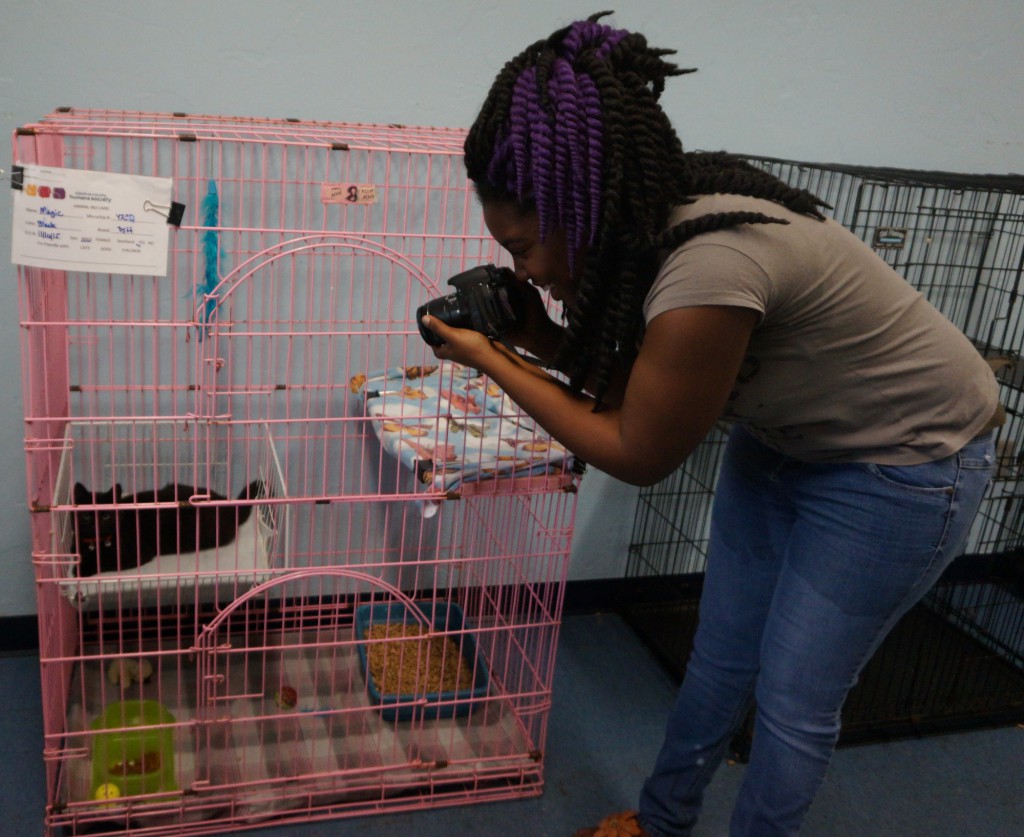 Yasmin Naji, a Santa Fe College sophomore, takes a picture of Magic, a kitten up for adoption.

After hiding in her kitty castle, Lucy steps out to check out the camera people.

Aztec poses for a photo before racing around the fenced in area situated on shelter grounds. (Nicole Wiesenthal/WUFT News)

William Brand usually takes photos of night clubs and raves, but today, he sets up his equipment to photograph the cats and kittens at the shelter. 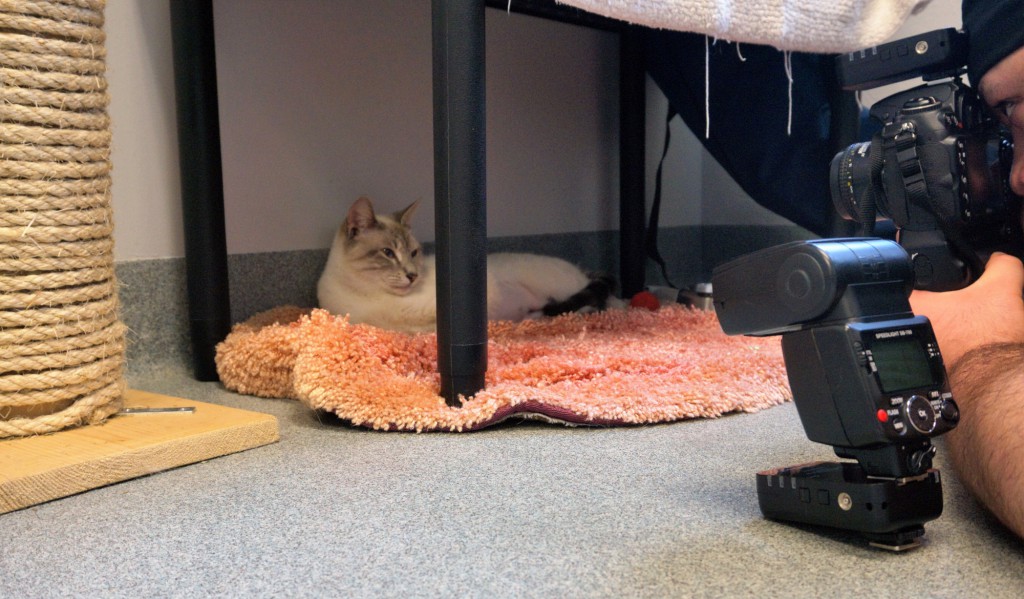 Tony Guillaro snaps a photo of Venus, a Siamese mix, and considers adopting another one during the event.

Huynh, a UF student, organized a group of local photographers who met at the Alachua County Humane Society on March 13 to take professional pictures of the animals up for adoption.

“I really hope that these portraits help potential adopters see the true personalities of these dogs and cats, and that all of them find a forever home,” said Huynh, who adopted his own dog, Nala, a pit bull mix, prior to the event.

The photographers took pictures of about 25 dogs and 15 cats in the shelter, and they situated themselves both outdoors and indoors setting up lights, backdrops and scenes to make the animals look more adoptable.

Volunteers and workers at the shelter also pitched in with handling the dogs and cats, playing with toys and using treats to get them to stare at the camera.

Many of the photographers who volunteered for the event own their own adopted dogs and cats. The updated photographs will soon be up on alachuahumane.org.

Nicole is a reporter who can be contacted by calling 352-392-6397 or emailing news@wuft.org.
Previous Marco Rubio Holds Rally In The Villages
Next March 14, 2016: Morning News In 90

Buetow has three active bat houses on her Ocala property, and experts say there's no need to fear.