THE CAPITAL, TALLAHASSEE, February 2, 2016………. The House is expected to vote Wednesday to allow people with concealed-weapons licenses to keep carrying guns while strolling on college and university campuses. 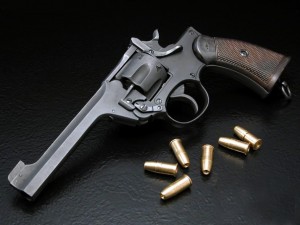 However, while the House on Tuesday prepared the campus-carry bill for a final vote, it doesn’t appear the measure (HB 4001) will get unholstered in the Senate.

The Senate version of the campus-carry bill (SB 68) has stalled in the Judiciary Committee. Senate President Andy Gardiner, R-Orlando, said Tuesday he doesn’t intend to use a procedural move known as “withdrawing” a bill from committee to bring the issue to the Senate floor. Such withdrawals require two-thirds votes in the Senate.

“We’d have to match it (the House bill) up with a bill that is still stuck in committee,” Gardiner said. “And the only way to do that is either you waive the rules and withdraw, and I’m not sure the motion would be there to do that because you’d need two-thirds. But it’s up to the chair if he wants to get those bills out.”

National Rifle Association lobbyist Marion Hammer has said the campus-carry measure will return in 2017 if it fails this year.

Steube said the intent of the bill is to allow people to defend themselves on campus. It would apply to people who are at least 21 years old and have gone through background checks required to get concealed-weapons licenses.

“I don’t think there is any legitimate factual reason to deny those individuals just because they are on a college campus,” Steube said.

House members late Tuesday also started to debate a separate measure (HB 163) that would allow people with concealed-weapons licenses to openly carry their sidearms. If advanced, the measure also could be up for a vote as early as Wednesday.

As with campus-carry, the open-carry proposal faces an uncertain future in the Senate.

The Senate version of open-carry (SB 300) may be heard by the Judiciary Committee next week.

Gardiner said he expects the Judiciary Committee to consider amendments that would match a number of suggestions offered by the Florida Sheriffs Association. Those suggestions are related to inadvertent or accidental displays of firearms. The sheriffs’ proposals wouldn’t allow open-carry and have been opposed by gun-rights groups.

The News Service of Florida is a wire service to which WUFT News subscribes.
Previous Local School Strives to Offer More to East Gainesville
Next Feb. 3, 2016: Afternoon News In 90