Rallying Against — And For — Confederate Flag Legislation in Tallahassee 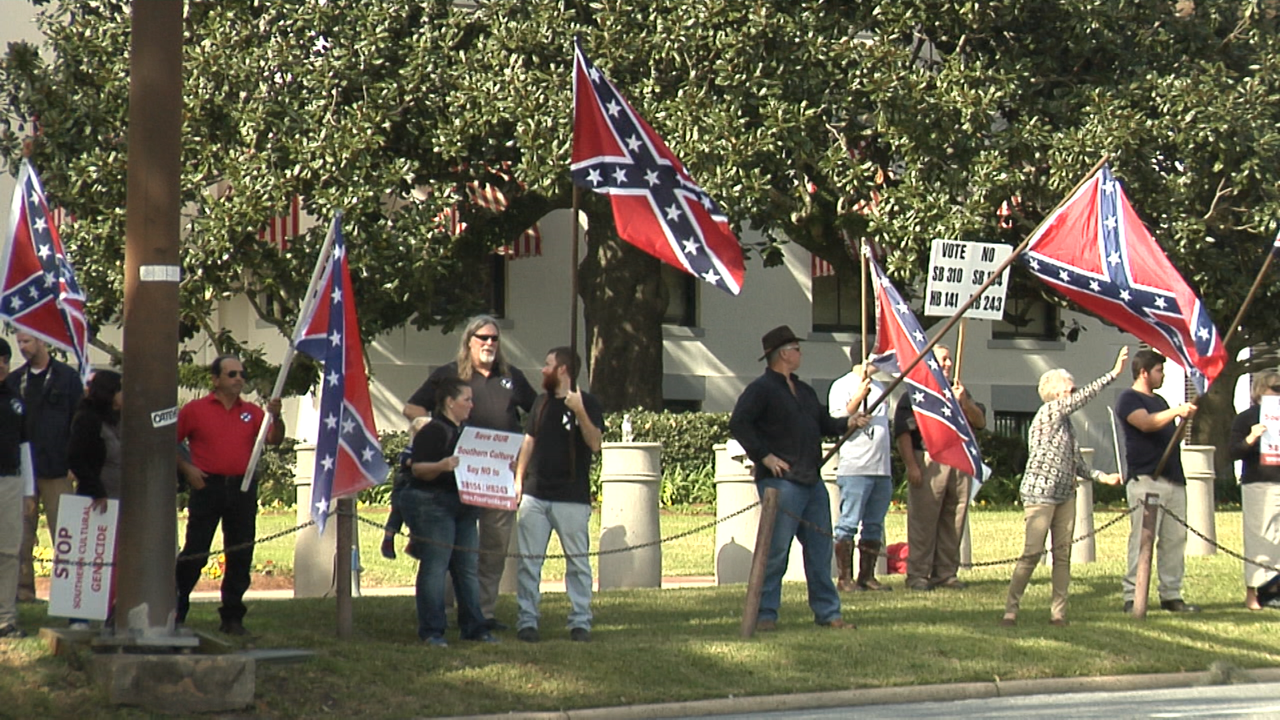 TALLAHASSEE — Dozens of people flew Confederate flags Saturday in front of the state capitol, protesting legislation they say will hinder them from showing support to their culture.

The protests emerged because of pending state legislation — House Bill 243 and Senate Bill 154. The proposed bills would prohibit the display of Confederate flags or emblems on publicly-owned or leased property. The bills could prove a definitive moment in the fight to remove Confederate statues, flags, and emblems across the state; including Old Joe, who still stands in Downtown Gainesville.

“Where does this stop? One day it’s public property, is the next step private property?” Colquhoun said. “Will people not be allowed to fly flags on their trucks? Where does this all end?”

Melinda Stuart-Tilly of Tallahassee saw the Facebook event late last week and quickly formed a counter-protest of her own.

“We had less than two days to prepare because I just found out about it.” Stuart-Tilly said. “I put the event out there. It’s been shared with over 2,000 people.”

Stuart-Tilly said she believes people who support the bills have been too silent.

Joi Woods, of the Florida State University Students for Democratic Society, joined Stuart-Tilly in protest of the Florida League of the South. She was upset with the group’s claim of simply supporting southern pride.

The counter-protest did not faze the League of the South. Ada Adams, chairwoman for the North Florida chapter of the group, said these protests will continue.

“It’s being seen. Our signs are letting people know why we’re standing here. It’s our message. We want to vote no, we want to say no to these bills. We do not want them to pass.” Adams said.

The bills are currently in House and Senate committees.

Ryan is a reporter for WUFT News who may be contacted by calling 352-392-6397 or emailing news @wuft.org
Previous Grower Invokes UF Partnership in Testimony, But University Says No to Pot
Next Homeland Security Agent Shoots Would-be Robber