How Much Will Florida Pay To Process 13,345 Unsubmitted Rape Kits? 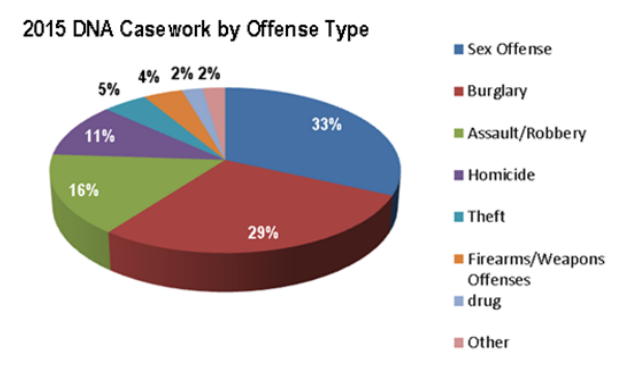 Florida has a backlog of more than 13,000 rape kits that have not been tested or submitted for processing, and managing them could cost the state tens of millions of dollars and take several years, according to a report released Monday.

The Florida Department of Law Enforcement conducted the $300,000 study on the number of untested kits and will present its findings to the Legislature.

Backlogs of untested rape kits have been an issue across the U.S. In September, federal officials said an estimated 70,000 rape kits sitting in laboratories and evidence collection rooms across the country would be tested with a combined $79 million in federal and New York City funds.

Of the 13,345 rape kits in Florida that have gone untested, authorities said in Monday’s report that 9,484 should have been submitted. The FDLE recommends testing all kits “in the interest of public safety.”

The most common reason the kits weren’t tested, the report says, was that the victim decided not to proceed with the investigation. That was the case in 41 percent of the untested kits. In 31 percent of the kits, the state attorney’s office declined to prosecute. Other reasons included a suspect’s guilty plea, a victim’s death, or a victim who declined to file a police report.

Clearing the backlog will take time and money. The report says any proposals to test the thousands of kits “are dependent upon additional funding for outsourcing, technology, overtime and a stabilized workforce of crime laboratory analysts.”

Gov. Rick Scott announced in November that he will seek $8.5 million to help process the backlog. But estimates of managing the backlog range from about $9 million to $32 million over three to nine years, according to the report.

Florida Attorney General Pam Bondi said in a statement that she’s pleased the survey is finished.

“In this upcoming legislative session, I will work with lawmakers, law enforcement and victims’ advocates to ensure our state crime labs have the resources needed to continue testing unprocessed sexual assault kits,” she said.

The FDLE suggested that the most efficient and inexpensive way to manage the untested kits is through a combination of outsourcing , overtime for lab workers and federal funding.

Ethan is a journalist at WUFT News. He's a Pennsylvania native who found a home reporting Florida's stories. Reach him by emailing emagoc@wuft.org or calling 352-294-1525.
Previous Gators Defeat Georgia 77-63 In Conference Opener
Next University of Florida Announces Drone Regulations