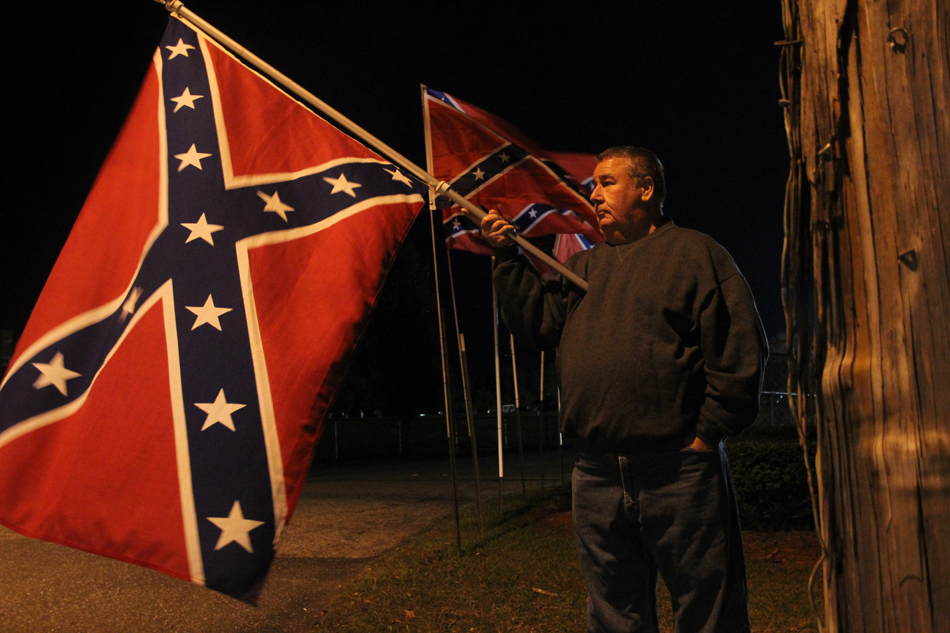 Seber Newsome III, 58, holds a Confederate flag outside of Columbia High School in Lake City on Friday, Dec. 4, 2015. Newsome said he drove over an hour from Yulee to support "southern history and heritage." (Charles Hatcher/WUFT News) 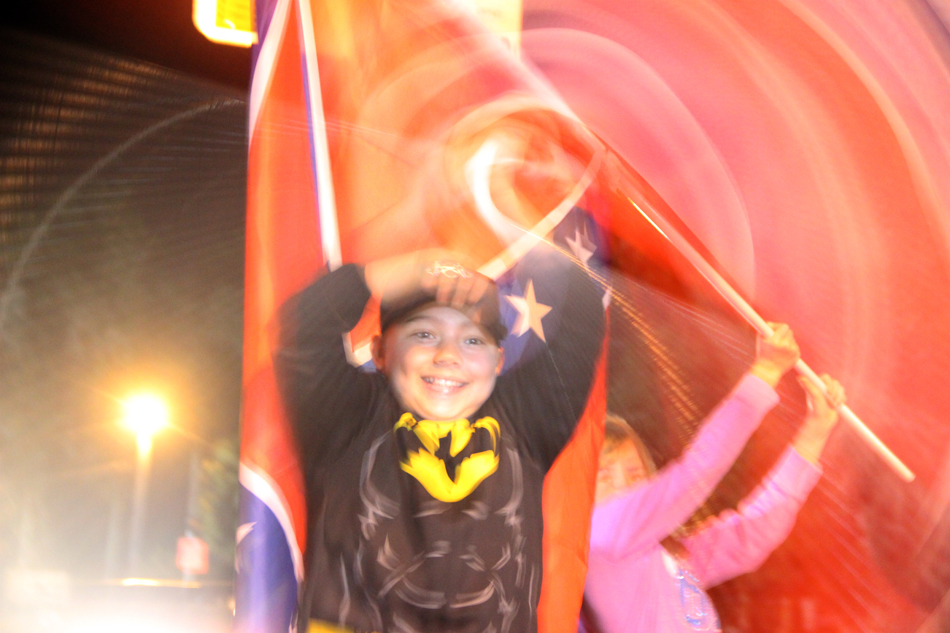 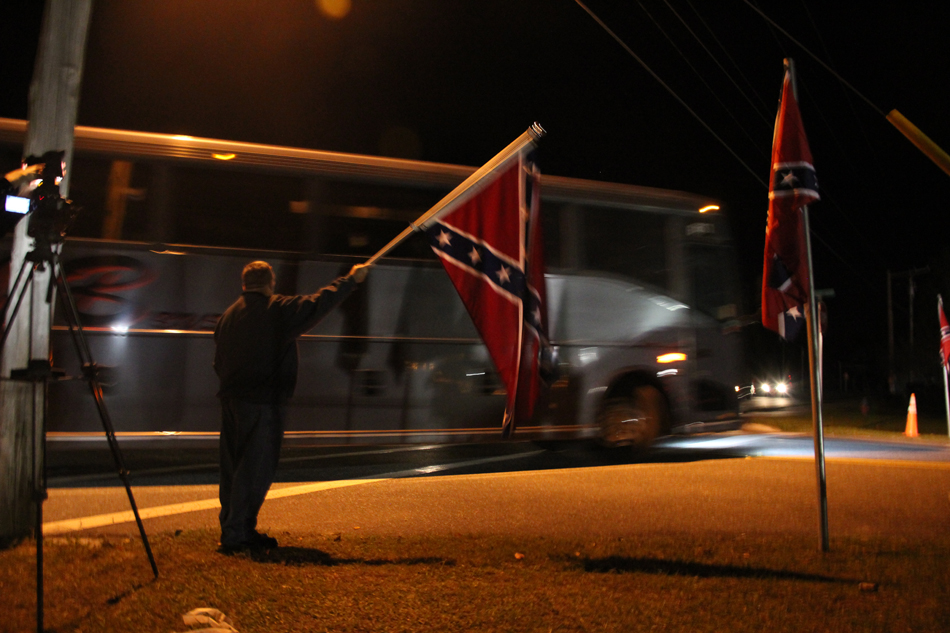 Seber Newsome III, 58, displays a Confederate flag to a visiting football team outside of Columbia High School in Lake City on Friday, Dec. 4, 2015. More than 20 Confederate flags were displayed outside of the school during a state semifinal football game. (Charles Hatcher/WUFT News)

The confederate flag has been a hot topic of debate this year.

Lawmakers have discussed the flag’s purpose and place in today’s society on both the state and local level, but on Friday night, the discussion trickled down to the school level.

The City of Gainesville hosted a “Telephone Town Hall” Monday to explore the impact COVID-19 has had on communities with a history of socioeconomic disparities.