Kelsey Naylor was issued a parking ticket in downtown Gainesville, which she plans to challenge.

For Naylor, it is not about the $30 dollars or potential court cost, but rather a matter of principle.

“The sign says you are legally allowed to park for two hours,” Naylor said. “To get ticketed at an hour and forty minutes, how is that fair?”

The 28-year-old office manager frequently runs errands for her office. Parking in one of downtown’s free two-hour time allotted spots is a necessary convenience. On Nov. 2, Naylor caught a parking operations attendant issuing a citation for her car.

“That morning I had set my timer,” she said. “I knew when I parked, and I had been very mindful of it.”

When Naylor’s appeal to have the $30 citation removed was denied, she decided to further contest it in court. Doing so might raise the total fee she would be required to pay should she lose her case.

According to the Gainesville Police Department’s legal office, from January through November 2015, about 837 appealed citations were denied and about 58 were dismissed. Revenues from citations reached $17,644 from Jan. 1 through Nov. 11.

“The idea behind that is to create turnover for people who want to come visit downtown,” she said. “It’s not designed for employee parking.”

Compared with other cities, Everett believes that Gainesville offers plenty of free and low-cost parking options. It’s relatively inexpensive to park in Gainesville — only $30 for a spot downtown — yet people complain about the parking situation frequently, she said.

Everett said she admits mistakes are possible and the city can correct wrongfully issued citations.

She said the city is working to introduce a license place recognition vehicle to be made available by summer 2016. It will use cameras to capture and recognize vehicle tags and locations, note the time and help improve parking enforcement measures.

Andrew Schwich, a parking operations attendant with the City of Gainesville Parking Operations, said he thinks it is unlikely that Naylor’s citation was issued by mistake, but said he understands that errors are possible.

He said attendants currently monitor downtown parking through photographs, recording the time a vehicle was checked via hand-held computers.

Parking operations attendants also use chalk to mark a vehicle’s tire as a visual aid to help attendants keep track of the cars they’ve checked.

Schwich said consistency is the most important aspect of his job.

“One of the things that I like about my job is that everyone is treated exactly the same,” Schwich said. “Everybody has to follow the ordinances. It doesn’t matter your income, race, ethnicity … the ordinances apply to all of us.”

Naylor’s chance to prove she followed the ordinances in court is set for Dec. 23. She plans to use Google location history and usage history from an RFID card she holds to enter her office, which only she has access to.

“I’m hoping that a reasonable and logical person will see that I went through a lot of effort,” she said. “I wasn’t really feeling like I wanted to admit guilt to something I didn’t do, even if it was only $30.”

Griffin is a reporter who can be contacted by calling 352-392-6397 or emailing news@wuft.org.
Previous UF Students Plan To Donate Surplus Food To Field And Fork Pantry
Next New Holiday Decorations? Here’s Where You Can Recycle Those Old Lights 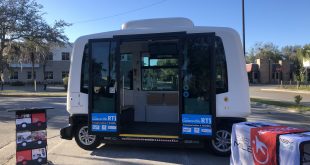 What’s It Like To Ride In A Driverless Bus? Gainesville Passengers Are About To Find Out 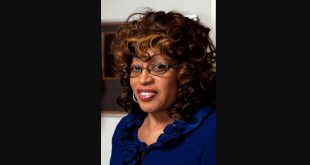 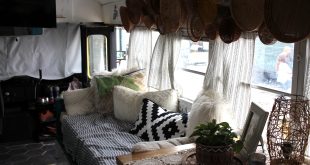 Nearly 50 vehicle-based homes were showcased to the public at the Know H.O.W. Expo this weekend outside The Oaks Mall in Gainesville.