Abby Wambach Will Retire From U.S. National Team At End Of 2015

Abby Wambach, University of Florida alumna and the leading career scorer — male or female — in international soccer, announced her retirement from soccer on Tuesday shortly after the U.S. national team celebrated its Women’s World Cup victory at the White House.

Wambach, 35, said before the World Cup this past summer in Canada that she wanted to cap her 15-year career with the game’s most prestigious championship. She got her wish.

Wambach, who grew up in Rochester, New York, has appeared in 252 international matches with 184 goals.

She will play the final four matches of the national team’s 10-game victory tour before stepping away from the team. Her final match will be Dec. 16 against China in New Orleans.

And next week, the former Florida Gator will make a visit to campus for an 8 p.m. event at the Phillips Center hosted by the ACCENT Speakers Bureau.

Ethan is a journalist at WUFT News. He's a Pennsylvania native who found a home reporting Florida's stories. Reach him by emailing emagoc@wuft.org or calling 352-294-1525.
Previous Fish Deaths At Wal-Mart Raise Concern For Living Conditions
Next Chamber Of Commerce Attempting To Boost East Gainesville Economy 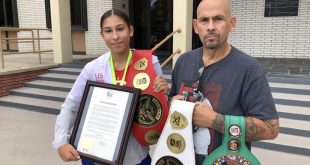 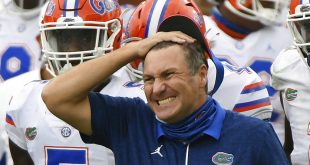 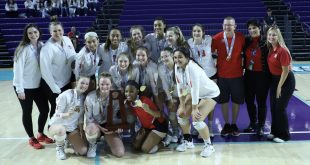 After knocking on the door for the last four years, the Raiders were finally able to break through finishing the season on a 16-game winning streak. The team also did not drop a set in the final 10 games.