Gators Fall To Sixth Ranked LSU 35-28 On The Road 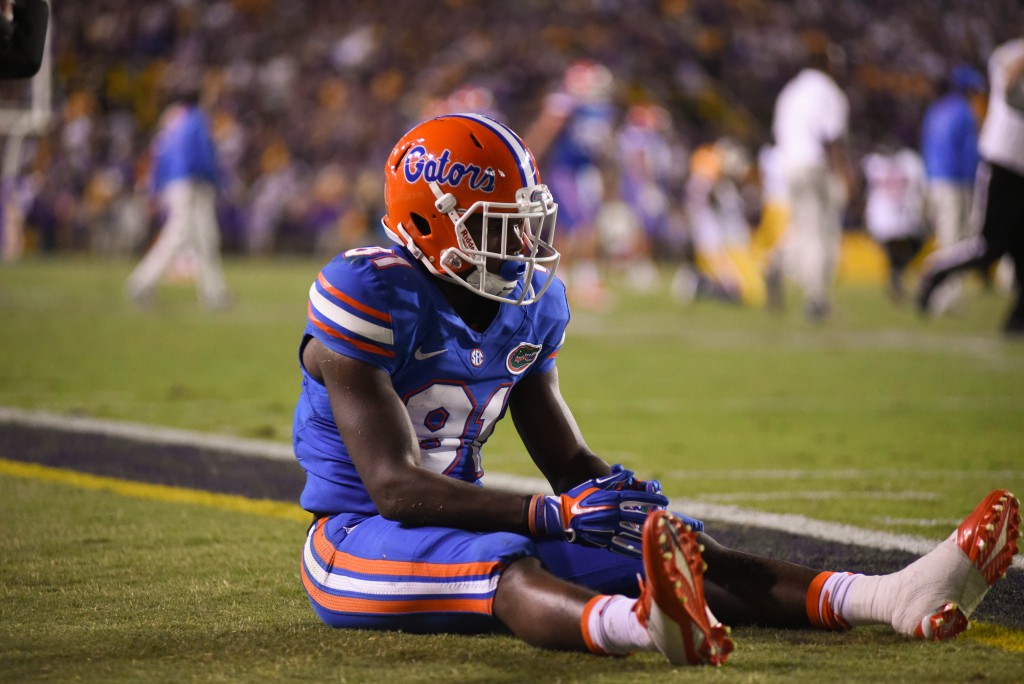 Florida wide receiver Antonio Callaway sits on the field after missing a catch in the final seconds of the game that would have given the gators a first down. 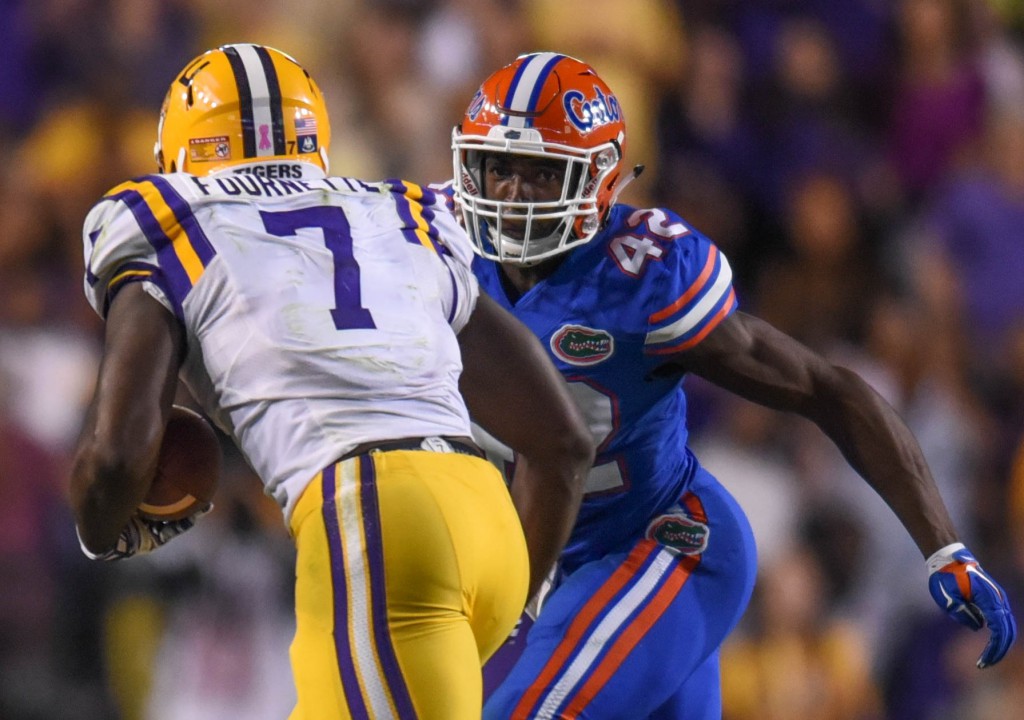 Florida running back Kelvin Taylor (21) extends the ball in an attempt to get a first down while being tackled by LSU linebacker Deion Jones (45).

LSU running back Leonard Fournette (7) runs around the corner, running 2-yards for a touchdown. Fournette finished with 180-yards on the ground, and two touchdowns.

Gator fans made the trip from Gainesville, Florida, to cheer on their team. Greenberry Taylor/ WUFT News

Florida tight end Jake McGee (83) catches a 4-yard pass from Treon Harris (3) for a touchdown early in the first quarter.

Florida wide receiver Antonio Callaway (81) runs a punt back 72-yards for a toucdown in the third quarter, tying the game 28-28.

Florida wide receiver Antonio Callaway (81) catches a pass from Treon Harris (3), and pulls away from LSU defender Rickey Jefferson (29) for a gain of 48-yards. Callaway finished the night with three catches for 100 -yards.

LSU defenders Lewis Neal (92) and Kendell Beckwith (52) bring down Florida quarterback Treon Harris (3) as he tries to escape the pocket.

Florida quarterback Treon Harris (3) rears back to release a Hail Marry in the final seconds of the game. The pass was intended for wide receiver Antonio Callaway (81) but fell incomplete.

Florida wide receiver Antonio Callaway (81) pulls in a reception from Treon Harris (3), afterwards getting a block from his teammate DaAndre Goolsby (30).

LSU quarterback Brandon Harris (6) pulls his arm back in a throwing motion before releasing the ball downfield. Harris was 13 for 19 on the night, and threw for 202-yards, and two touchdowns.

Florida quarterback Treon Harris (3) releases the ball before being brought down by LSU defender John Battle (26). 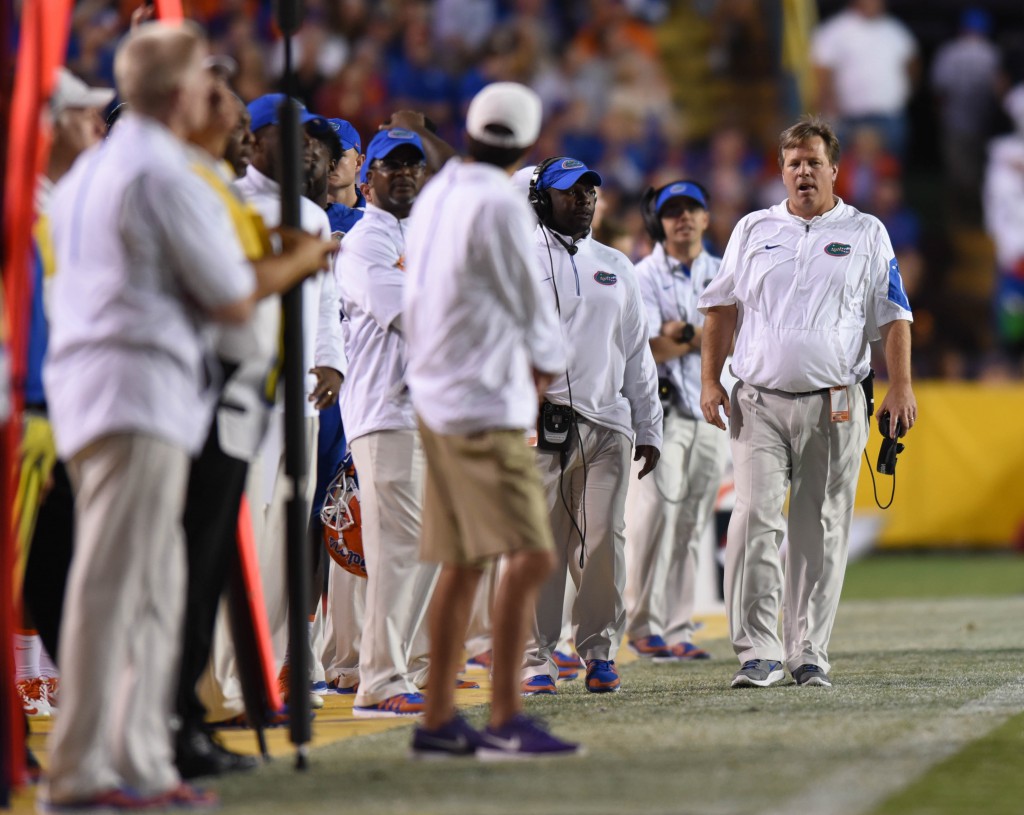 Florida coach Jim McElwain paces the sideline as his team trails the LSU Tigers late in the fourth quarter.

Greenberry Taylor is a reporter who can be contacted by calling 352-392-6397 or emailing news@wuft.org.
Previous Chicken Farm Approval Ruffling Feathers in Columbia County
Next Oct. 19, 2015: Morning News In 90