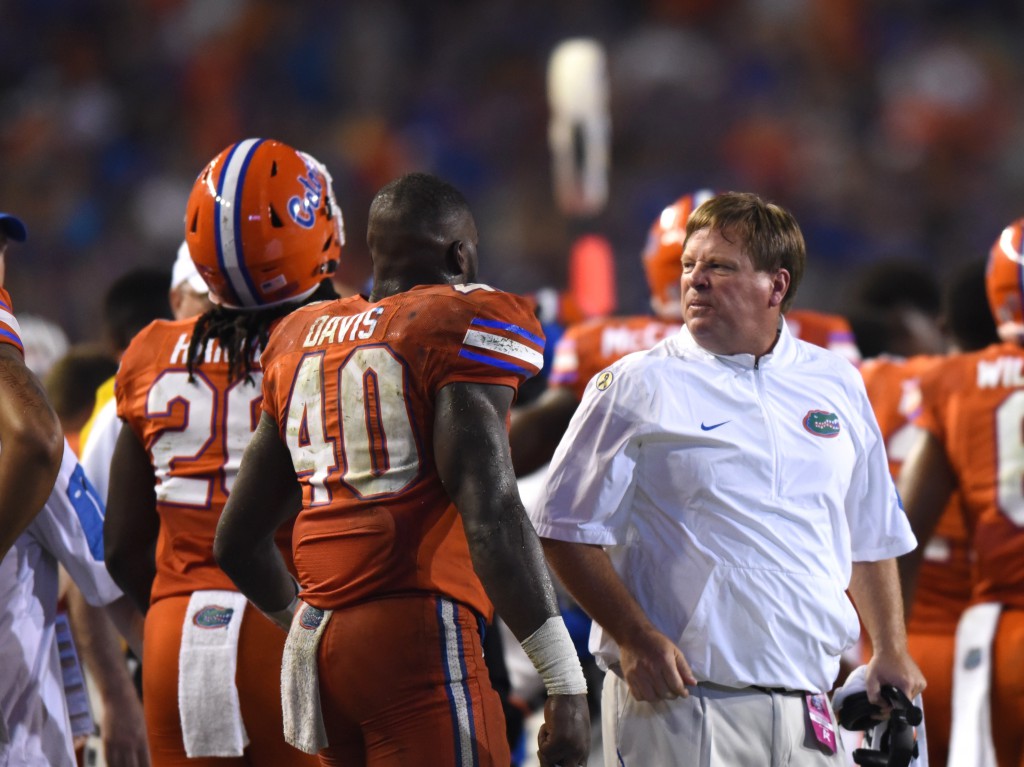 Florida coach Jim McElwain talks sternly to linebacker Jarrad Davis (40). McElwain was openly displeased about some of his player's behavior during the game. Florida committed 12 penalties, costing them 105-yards. 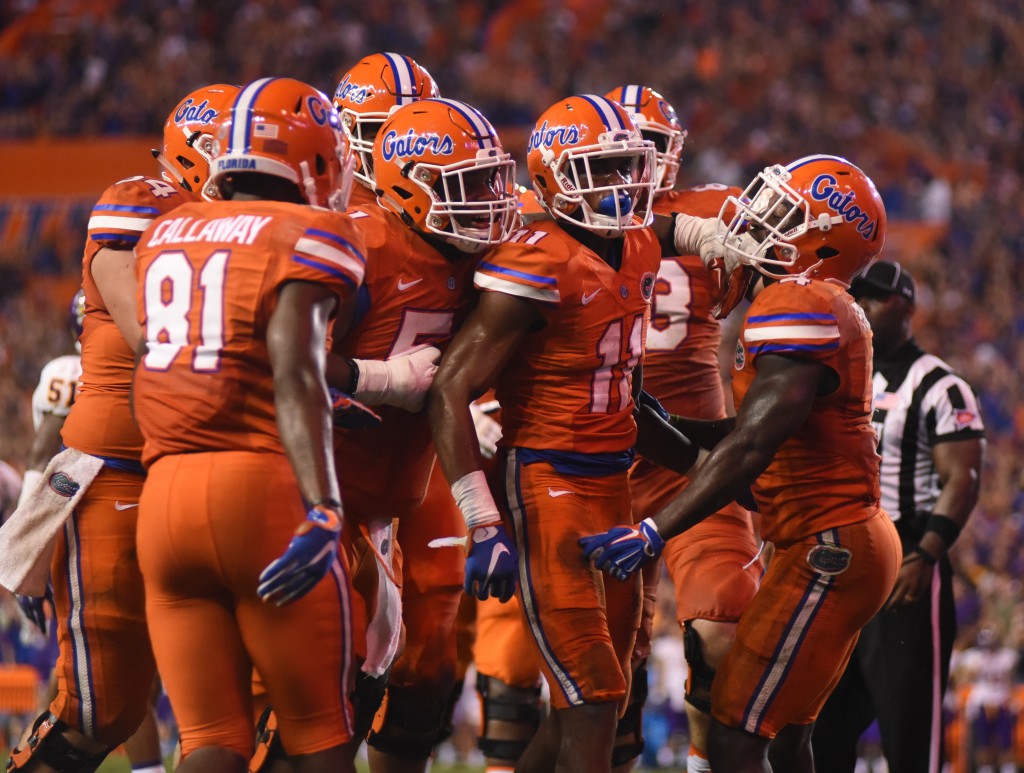 As fireworks erupt overhead, Florida wide receiver Demarcus Robinson (11) celebrates with him teammates after scoring a touchdown in the third quarter.

A swarm of Florida defenders bring down East Carolina running back Chris Hairston (22). The Gators held Hairston to just 15-yards on 17 carries.

East Carolina tight end Bryce Williams (80) catches a touchdown pass in the fourth quarter as rain begins to fall in the Swamp.

Florida wide receiver Brandon Powell (4) lays out for a catch, while being trailed by East Carolina linebacker Joe Allely (57).

Florida quarterback Will Grier (7) runs as he looks for an open receiver downfield.

Florida wide receiver Demarcus Robinson (11) pushes East Carolina defensive back Bobby Fulp (8) into the ground after catching a pass and juking other defenders.

After Florida defensive back Marcus Maye (20) forces a fumble, defensive back Brian Poole (24) recovers and celebrates with his teammate Duke Dawson (7).

After a penalty is called against East Carolina, Florida fans do the Gator chomp and chant.

East Carolina quarterback Blake Kemp (10) rears back to throw a pass to a receiver.

Cheerleaders lead the crowd in the Orange and Blue cheer.

After completing a catch, East Carolina wide receiver Quay Johnson (23) he is met by Florida defensive back Jalen Tabor (31). 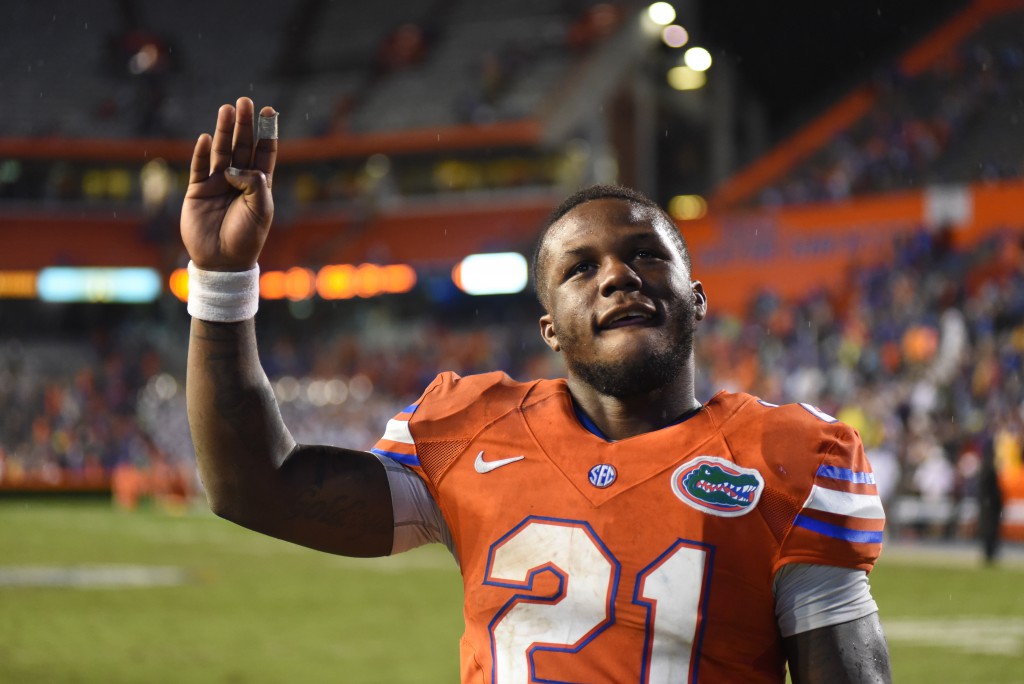 Florida running back Kelvin Taylor (22) waves to the fans as he exits the field after the game.

While the Gators secured a 31-24 win in a bowl rematch against East Carolina University, Florida coach Jim McElwain was not happy with how some of his player’s conducted themselves, including running back Kelvin Taylor.

After scoring a touchdown in the forth quarter, Taylor was flagged for unsportsmanlike conduct when he ran his finger across his throat. The Gators accrued 12 penalties for 105-yards.

Up to 25 teams from eight regions across the U.S. will compete at Ocala Rotary Sportsplex to be the last rookie team standing in the league’s Cal Ripken Division.