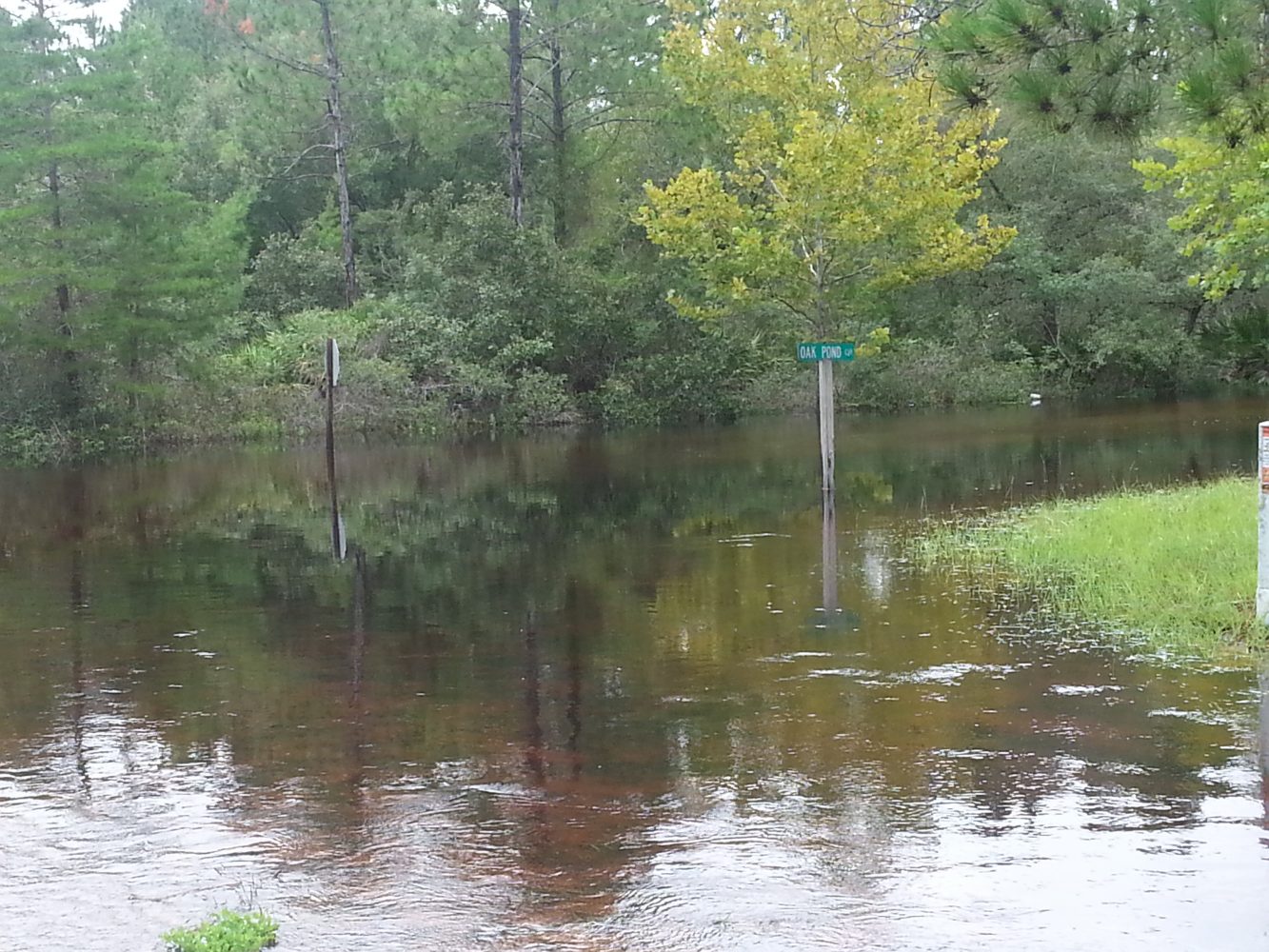 Steinhatchee and Cross City are two communities known for their appeal to water enthusiasts all over the state, but on Saturday it was too much of a good thing.

In less than 24 hours, seven inches of rain accumulated in Cross City and 10 to 12 inches were reported to have fallen in far western sections of Dixie County. As of Sunday afternoon, Dixie County emergency crews have already rescued seven people from the flood waters near Cross City, including an entire family from their home.

A shelter has been set up at Trail Rider’s Club in Cross City for people forced to leave their homes.

Emergency Management Division Chief Scott Garner says 45 homes have been flooded and 30 to 35 roads are impassable.

“Our roads and grounds have been saturated for the past month of constant rain, and this was just a large amount of water that we couldn’t handle,” Garner added. 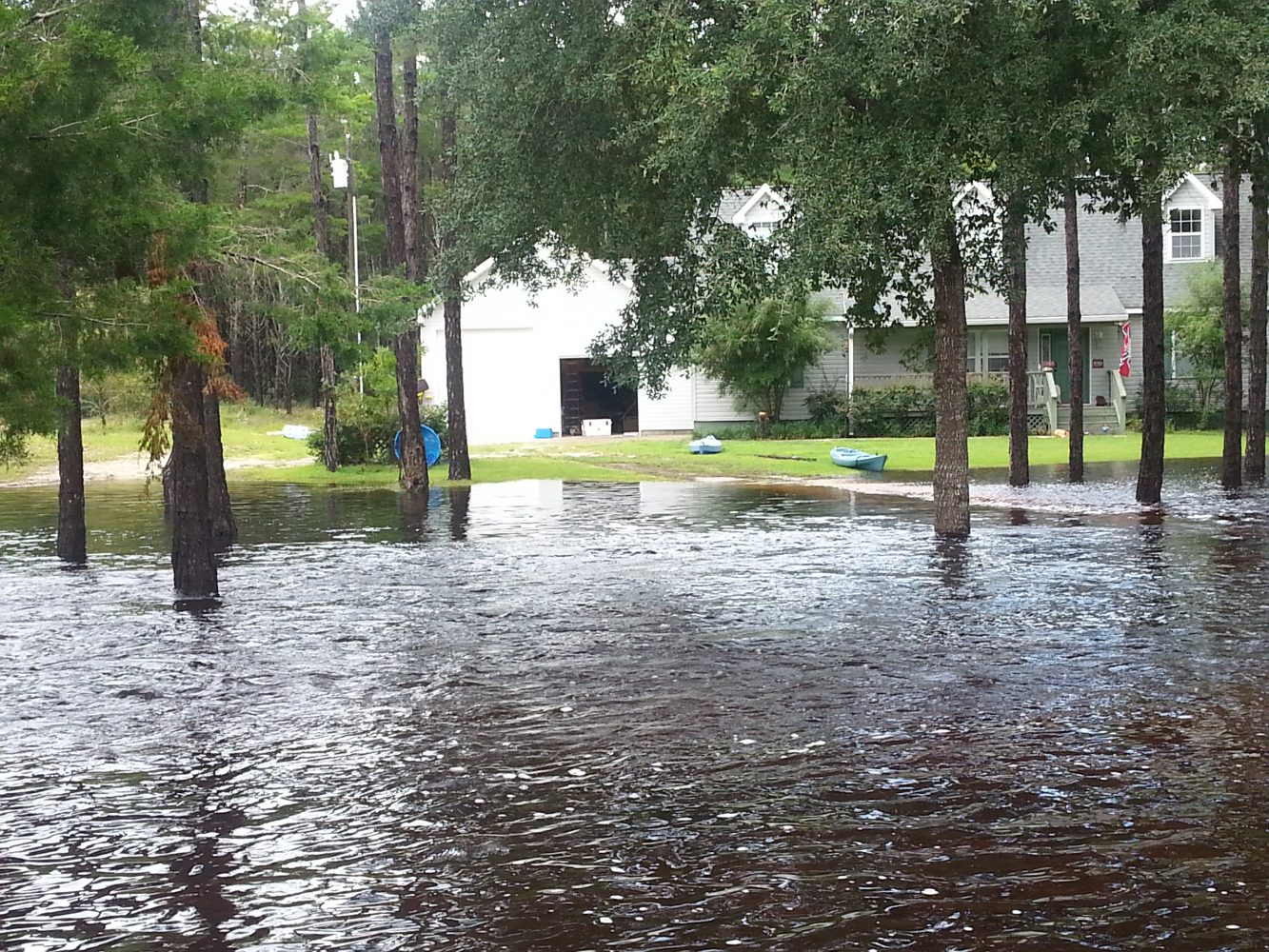 Flooding in front of a home on Sugar Hill Road in Steinhatchee, Fla.

Three different types of flooding have occurred or are ongoing in Dixie and Taylor Counties. The most serious is flash flooding, where rapid rises in water from nearby creeks and streams can flood roads and homes with little warning.

The National Weather Service in Tallahassee warned residents Saturday evening that intense rainfall rates could submerge cars and homes, and that’s just what many woke up to by Sunday morning.

“An inland flooding event such as this is really a ‘no notice’ event. We’re responding to it like a tropical storm,” Garner said. “We haven’t had this issue in the past with non-tropical systems.”

The runoff from all of this water is also likely to cause significant flooding along the Steinhatchee River, with the National Weather Service predicting a crest more than three feet above flood stage on Monday.

At this level, numerous homes in the Ancient Oaks and Cooey Island neighborhoods will be flooded and many roads impassable.  Minor flooding could also occur along the Suwannee and Santa Fe Rivers in the coming days, especially if additional heavy rain falls. 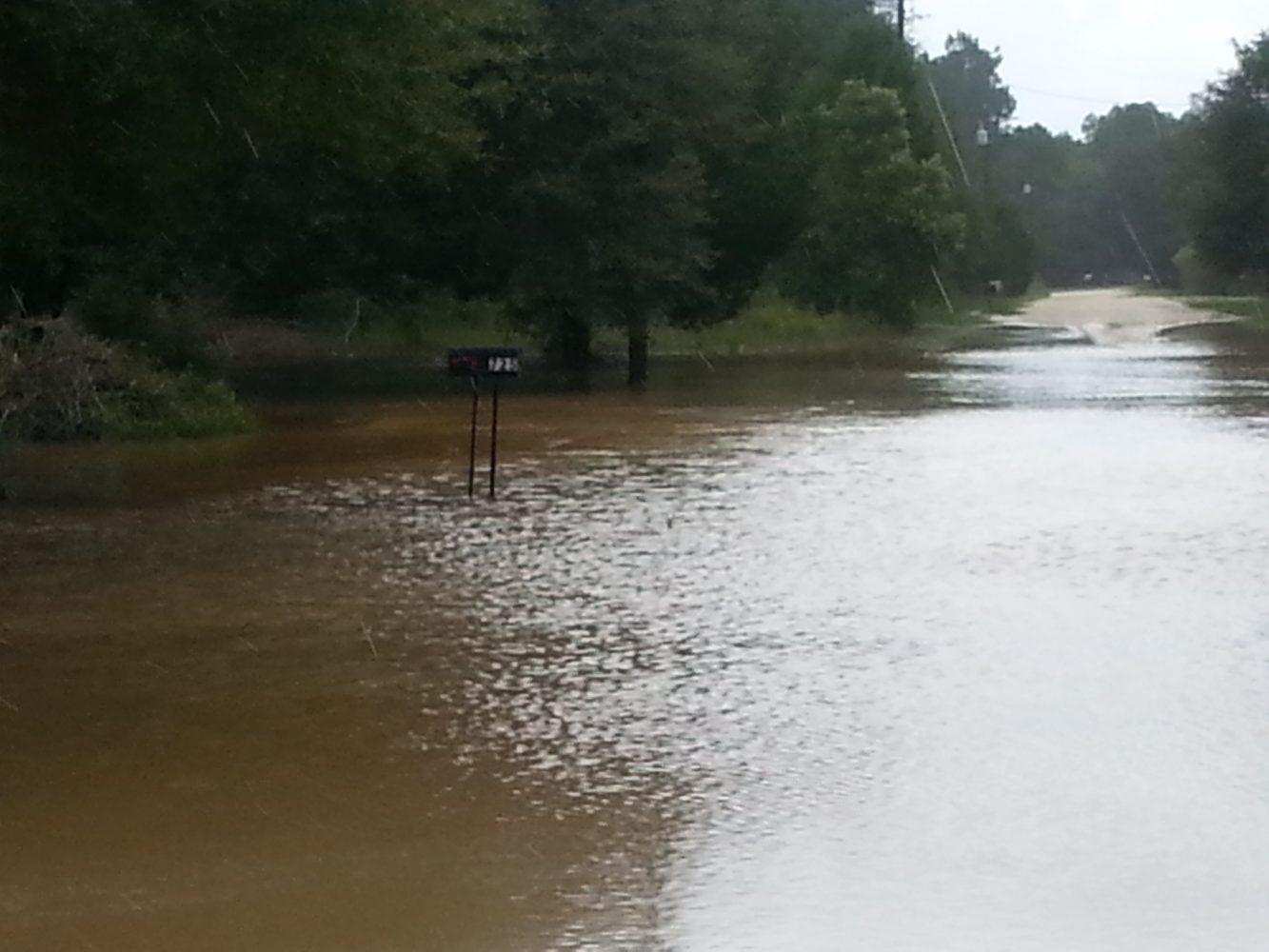 More than a foot of rain has caused local flooding on SE 452 Steet in Cross City, Fla.

The third type of flooding that has been advised to watch out for is coastal flooding. A strong wind over the shallow waters of the northeast Gulf of Mexico has resulted in a sea level rise of up to two feet above normal, which could cause minor flooding at times of high tide along the Nature Coast until this weather disturbance dissipates or moves away.

Meteorologist Jeff Huffman says a stalled front and weak area of low pressure is to blame for the flooding, and that something like this can happen anywhere in the state.

“It doesn’t have to be a tropical storm or hurricane to cause this type of flooding. Residents of Pasco County got it last weekend, and until this front moves away, the risk of flooding could continue across parts of the state.”

Katie Moore, meteorologist for the National Weather Service in Tallahassee, says there may be some good news in the forecast over the coming days.

“We’re expecting the current rain to subside this evening, and it should be drier for a couple of days after that. However, going into next weekend, another frontal system coming in from the northwest could stall out, resulting in a similar situation to what we’re dealing with today.” 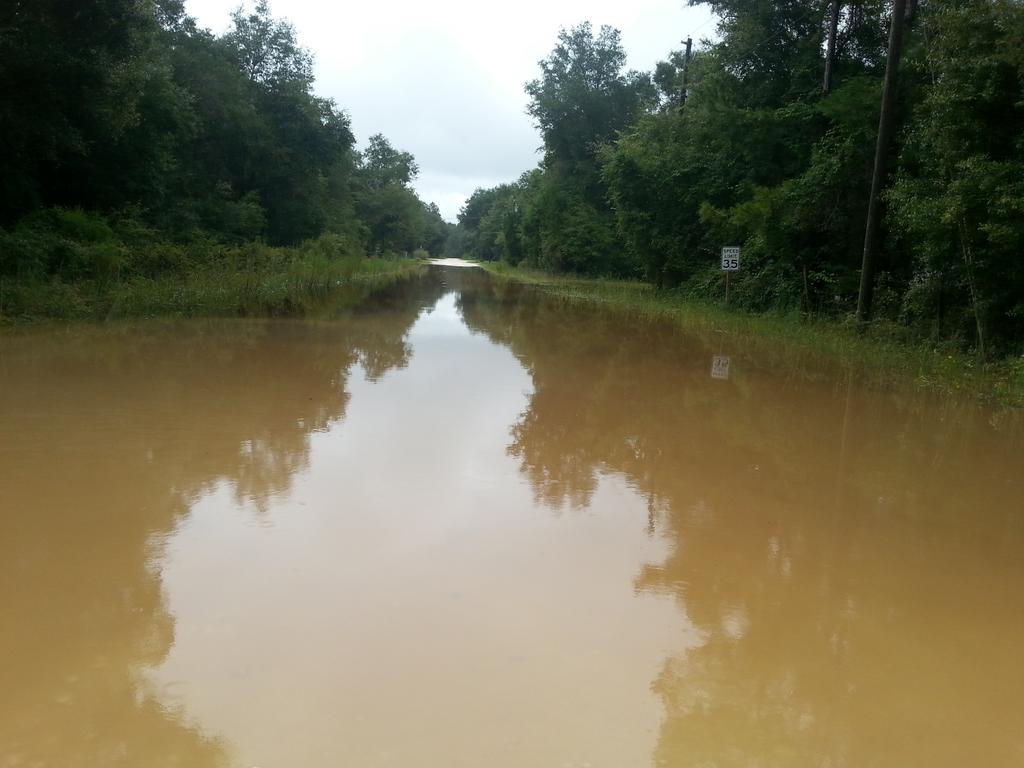 Water over the road on SE 97th Ave in Cross City, Fla.

The UF Weather Team and WUFT News will continue monitoring the situation along Florida’s Nature Coast and provide updates on WUFT-FM and WRUF-TV. If you see flooding and can safely report it, please use #WeatherTogether on social media or email it to news@wuft.org.