On Wednesday morning, the Council on American-Islamic Relations filed a lawsuit against Florida Gun Supply in Inverness.

Hallinan said he previously agreed to allow American-Muslims customers if they told him they had served the country and didn’t believe in the caliphate or in killing non-believers.

Hassan Shibly, chief exective director of CAIR Florida, said, “American Muslims have a right to browse and purchase guns, take classes on gun safety and shoot guns at a range without having to be profiled and discriminated.”

Martin converted to Islam in 1996 after being honorably discharged from the Navy. He carried his discharge papers with him to the gun store as proof.

When he arrived wearing an “I love Islam” shirt, he stood alone in a deserted parking lot—the store was closed.

Signs hung in the store window that read: “ANYONE AFFILIATED WITH CAIR IS NOT ALLOWED ON OUR PROPERTY. WE WILL CONSIDER YOU TRESPASSING. SHARIAH FREE ZONE.”

Because his name doesn’t sound Muslim, Martin said he planned to show up to the class to see how Hallinan would react. He wanted to know whether he would be turned away because of his dark hair and long beard.

He said the Bureau of Alcohol, Tobacco, Firearms and Explosives came to his hotel before the class to tell him Hallinan had closed his store for the night. They had been following Martin to monitor the situation since he arrived in Inverness.

Kevin Richardson, ATF spokesperson, said the gun store owner, and all other federal firearms licensees, are expected to comply with both federal and states laws.

He said the ATF cannot tell a business when to open or close, or a citizen where or where not to go.

Martin said Hallinan avoided any possible legal consequences of turning away a Muslim by shutting down the store. He said he wasn’t looking for conflict and would have left peacefully if asked.

Florida Gun Supply initially posted a video to Facebook after five U.S military personnel were shot in Chattanooga. Hallinan stood in front of a confederate flag and declared his business a “Muslim-free zone.”

Shibly said the video hurt him because he believes America is built on the idea of freedom of religion, freedom of speech. He said he would be just as horrified to hear about a Jewish-free zone, a Catholic-free zone, a white-free zone or a black-free zone.

Due to the controversy surrounding the video, Hallinan employed men with AK-47s to stand guard outside his store.

“The reason we are creating a Muslim-free-zone is because I am not going to hand a gun to someone I feel wants to exterminate me and my family,” Hallinan said.

Shibly said Hallinan should realize his actions have an effect on Muslim families.

“As an American-Muslim it’s deeply saddening, especially for my children, for them to hear that there are certain places they are not welcome simply because of their faith,” Shibly said. “That’s un-American.”

Last Saturday, Hallinan cancelled plans to learn about the Quran and do a certified training with Shibly.

“When Andy declared his store Muslim-free, I invited him to come and get to know the American-Muslim community, his fellow Americans, his doctors, his engineers, his taxi cab drivers,” Shibly said. “Then he faced a lot of backlash.”

But Shibly said the most troubling part of the Hallinan’s rhetoric was the flow of anti-Muslim sentiment it created.

“His page was flooded with a lot of support of people welcoming a Muslim-Free Zone, and even advocating violence against law-abiding American-Muslims,” he said. “It’s very reminiscent of the same hate other minorities have faced before.”

Readers left anti-Semitic comments on the Facebook page such as:  “Muslims should not be able to enter the U.S.,” “they should have their computers and cell phones searched” and “the government has a plan to reshape the country into a ‘devil’s playground’.”

They asked what the business is doing to keep citizens safe from those who gun people down in churches under the banner of the Confederate flag and why Muslims are pinpointed when white extremists have committed crimes like the Lafayette and Charleston shootings.

Shibly said only a small group of Americans feel this way, but that group is very vocal.

“What’s so scary about the anti-Muslim industry is that it has incited violence against those perceived to be Muslim,” Shibly said. “We have many of our brothers and sisters in the Indian community and the Sikh community that have all been targeted.”

“That’s why Islamophobia really is so dangerous,” he said.

Hallinan said he is not advocating mistreatment toward Muslims. He doesn’t want to see violence because he doesn’t believe that is the correct method for handling the issue.

Hallinan said he has the authority as a gun dealer to do business with whomever he wants.

“Unfortunately there’s a bit of a double standard,” Shibly said. “A white-American Christian male can commit a horrible act of terrorism like the mass shootings we fought in Charleston or more recently Lafayette, but people know that those criminals represent nobody but themselves. However, when someone who happens to be Muslim commits a similar act or act of terrorism, people tend to blame the entire Islamic community.”

Hallinan said he has no problem turning people away regardless whether they are Muslim. He said he turns two to three people away per week if their actions or demeanor make him uncomfortable.

“I have no problem with denial of service based on an individual, but you can’t make a blanket statement saying Muslims not welcome, blacks not welcome, Christians not welcome, whites not welcome,” said Jeff Berman of Inverness, Fla., who served as an army veteran following September 11. “He knows he’s protected under his first amendment rights so he can make any ‘claims’ he wants, but once he discriminates based on religion, race or color that goes out the window.”

CAIR previously called the U.S. Department of Justice to investigate federal rights issues. They filed the lawsuit on the grounds that Florida Gun Supply may not discriminate or segregate against anyone based upon religion, according to the complaint.

“Nothing is more un-American than violating U.S. laws that are meant to protect the principles outlining the constitution,” Shibly said. “That’s not what America is about. We cannot allow our enemies to divide us and turn us against each other using terrorism, fear and bigotry.”

Komal is a reporter who can be contacted by calling 352-392-6397 or emailing news@wuft.org.
Previous Florida Leads Country In Boating Accidents, Deaths
Next Tallahassee Homeless Ordinance Creates Conversation In Gainesville 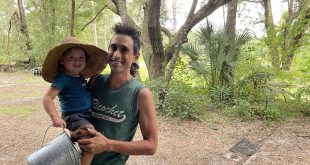 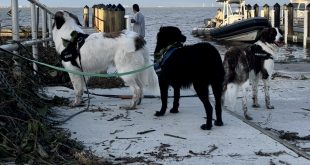 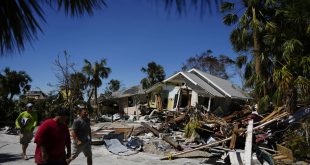 Daniel Kelly and his wife bought a 1977 doublewide mobile home in May for about $83,000 at Tropicana Sands, a community for people 55 and older in Fort Myers, Florida. But he ran into roadblocks when he tried to insure it.