Environmentalists are protesting the legislature’s proposal to spend money approved by voters for conservation in other places such as agency operating budgets and state park police.

Proposals in Florida’s legislature recommended spending only $8 to $10 million of the roughly $750 million earmarked for conservation funds to buy land.

Amendment 1, the conservation amendment that passed with 75 percent of the vote, earmarked hundreds of millions of dollars to buy land meant to preserve water quality and the environment.

The Florida legislature wants to use the money to fund the Department of Environmental Protection and other agency budgets covered by the general fund.

Clay Henderson, an environmental lawyer, is a member of the Board of Directors of the Florida Conservations Alliance Institute, a non-profit organization that works to turn environmental values into national priorities.

“Our supporters from one end of the state to the other will be knocking on doors of legislators and reminding them what we voted for last November,” Henderson said.

Henderson pointed to four specific projects the funds could go toward that would directly benefit the North Central Florida ecosystem.

“In this part of the state the important thing [is] springs. We have more first magnitude springs in central Florida than anywhere else in the world,” Henderson said.

About 40 percent of the springs in the project areas have yet to be protected.

Other projects include the Wekiva-Ocala Greenway, Lake Santa Fe and the Marion County Bear Hammock.

Activists and environmentalists from all over the state visited Tallahassee in February to join the Floridians for Clean Water and Amendment 1 Rally in Tally before the start of the legislative sessions to address the allocation of funds dedicated to purchasing and restoring conservation lands.

Jonathan is a reporter who can be contacted by calling 352-392-6397 or emailing news@wuft.org.
Previous Youth, Napster, And A Little Green Worm: Q&A With The Relationship’s Brian Bell and Jon LaRue
Next Florida Cemetery Offers Environmental Burial Options 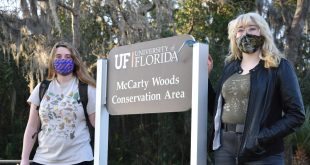 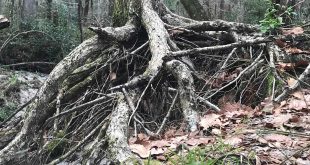 Most frogs nationwide are suffering from habitat destruction, climate change and pollutants. But in Alachua County, the most significant threat to native frog species is the Cuban tree frog.