They call her Runaway.

Sleeping on the hardwood floor of an abandoned house alongside 10 others for a week, she found a temporary home.

She met a group of fellow travelers in downtown Gainesville whom she stayed with in a squat house they knew about through word of mouth.

“I hit the road to find myself,” said Amy “Runaway” Gates, an 18-year-old self- proclaimed “dirty kid” from Houston who hitchhiked for about a month before arriving to Gainesville in mid-January.

A week and a half later, the group left the house. The smell of human waste was unbearable, Runaway said.

The house, at 810 SW First Ave., has a large oak tree growing sideways by the front door while old junk mail sits decomposing in the mailbox.

After finding more shattered glass from the broken windows of the derelict house, neighbor Eduardo Arenas said it was time to board it up.

“As many broken windows as I’ve noticed is how many times I’ve told the landlord,” he said.

Arenas is one of three co-owners of The Jam, a music venue and bar that shares its backyard with that of the squat house. He said he used to live in a now-abandoned duplex next to the house the squatters lived in. Arenas knew the last tenant: a nice but reclusive man who lived in the squat house.

“When we went in there to scope it out, there was stuff in there from before he even moved in, like 15 or 18 years beforehand, and he never even went through it,” he said. “It was like this time capsule of random art supplies, empty bottles.”

Arenas said when he lived in the apartment two years ago, he knew squatters would sleep in the abandoned house. He would kick them out if he saw they were disrespectful to the property.

“I don’t mind if people stay there. What I mind is people being disrespectful of wherever they’re going to be,” he said. “I’m the kind of person who has opened up my house for homeless people before — I have a heart for that.”

He said he thinks the house is like a monument and deserves more respect. Only a few blocks from Gainesville’s Historic District, the house isn’t protected and is left to the whims of the landowners.

“Their life is a reflection upon the mess they make everywhere they go, the smell, the lack of respect, the lack of hygiene,” Arenas said. “That’s what I associate with the people that squat back there.”

He and the other two owners of The Jam requested the house be boarded up. A month later, Arenas said the landlord finally put up wooden panels along the bottom floors of the abandoned apartment and the squat house.

Fredrick Lassiter, a 22-year-old security guard at The Jam, said the only bad encounters he has had with the squatters involved breaking up fights. He said he’s seen 30 to 40 people come in and out of the building in the past two-and-a-half years — the time he’s worked at The Jam.

“They’re not really bad people,” he said. “They just got a habit of getting too drunk and getting crazy with it.”

Officer Ben Tobias, the spokesman for Gainesville Police Department, said squatting is not that big of an issue in town. If authorities do catch someone in an abandoned house, GPD will first figure out whether the people have permission to be there.

Trespassing is a misdemeanor, and residential burglary is a felony. Otherwise, Tobias said, GPD does not see squatting as an everyday problem.

Lassiter said people in the “dirty kid” scene are attracted to the parties and large music shows of Gainesville and the surrounding area, like the Spirit of the Suwannee Music Park and Campground in Live Oak and the annual Rainbow Gathering in Ocala. Some of their common characteristics, he said, include dreadlocks, suspenders, boots, piercings and tattoos on the face, dog companions, giant backpacks and patches.

He said no one with these characteristics has stepped into the house since it’s been boarded up.

“It’s almost like a resistance,” Lassiter said. “They’re like their own government just about. There’s so many ways you can think of a dirty kid.”

Runaway described the dirty kids as traveling people who are trying to find something better than what society has to offer.

“You can be a dirty kid at 40. You’ll always be a dirty kid,” she said. “We don’t want to be called homeless because we’re not really homeless. We’re home-free.”

She said dirty kids get “itchy feet” and cannot stay in one place for a long time. She said a group called the Dirty Kids Couch Coalition offers accommodations, especially on cold and stormy nights.

When in doubt, however, they squat.

Andrea is a reporter for WUFT News and can be contacted by calling 352-392-6397 or emailing news@wuft.org.
Previous Flooding Disrupts Hunting During Spring Turkey Season At Gores Landing
Next Artwalk Gainesville Gives Downtown an Artistic Feel 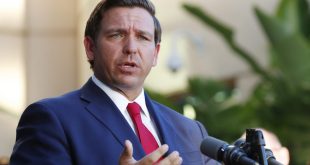