Waldo Community School May Soon Close Its Doors For Good 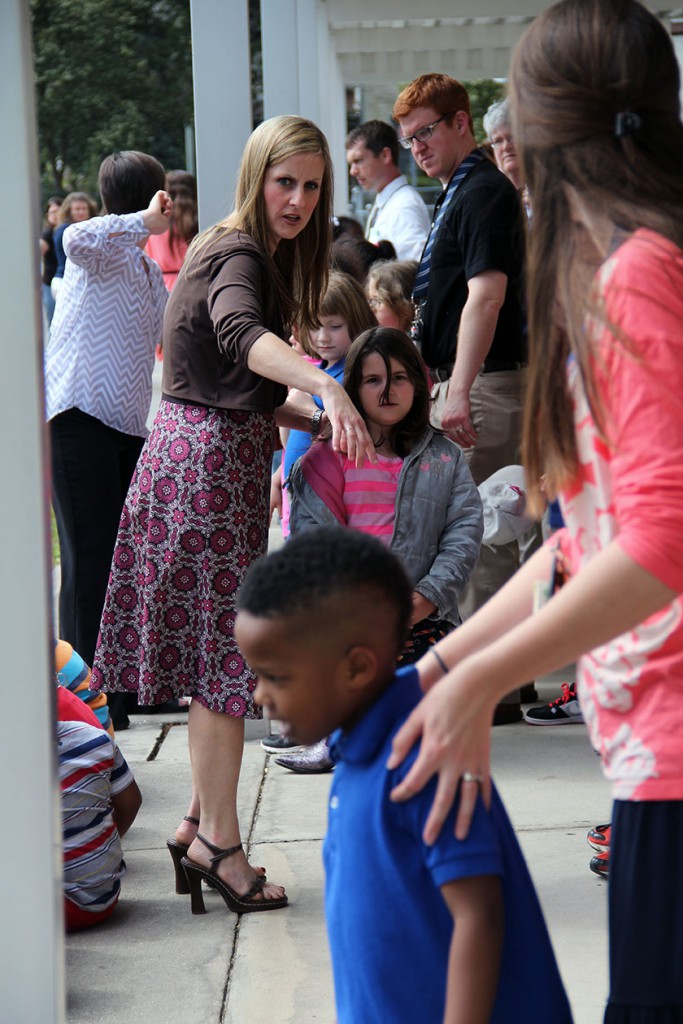 Holly Burton, principal at Waldo Community School, guides students to help organize the school photo. She and the school have been active voices in keeping the school open. Conor Soper/WUFT News 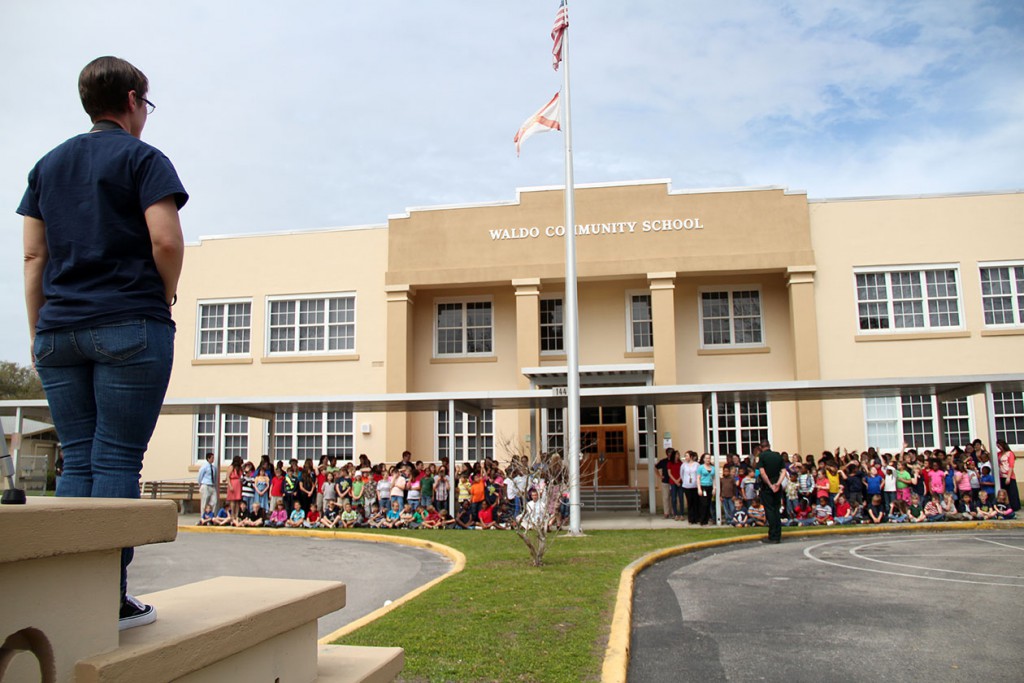 Tracie Griffith looks on at the students, faculty and community gathered at the front of Waldo Community School. Griffith is treasurer of the school's PTO and has been an active spokesperson vying to keep the school where her family has gone for three generations open. Conor Soper/WUFT News

Debbie Powell teaches mathematics to some students in her fourth grade class. Powell has been teaching at Waldo Community School for eight years now and said that closing the school would destroy the community in Waldo. Conor Soper/WUFT News 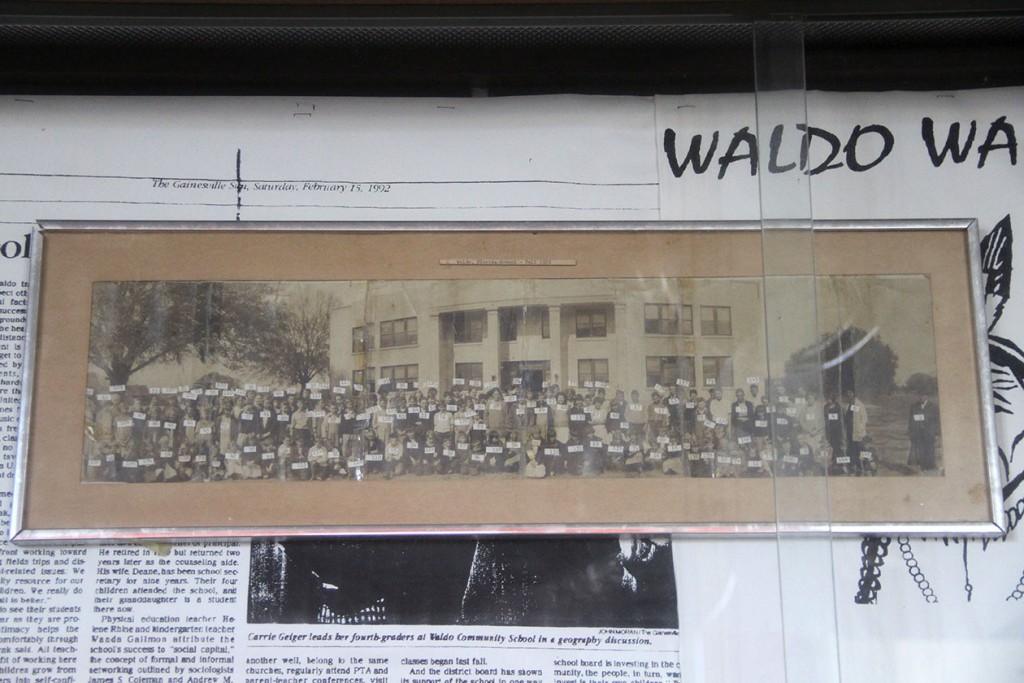 A picture of one of the school's first classes in 1923 hangs in the back of the school's auditorium. Waldo Community School has been around for 93 years since it's foudning in 1922. Conor Soper/WUFT News

Students, faculty, and the city of Waldo gathered after school on March 9 to take what might be their last school picture.

Waldo Community School, teaching children from kindergarten to fifth grade, may soon be closing. Superintendent Owen Roberts has recently announced that he intends to close the school due to financial issues and have the students attend another school further away.

Since it’s opening in 1922, the school has never been closed, even for renovations, said Brenda Keith, a classroom aide and reading tutor at the school.

Tracie Griffith, the Parent Teacher Organization treasurer, has been an active spokesperson for keeping the school open. She set up a Facebook page in support of the school, which now has more than 500 likes on it.

She has also set up a GoFundMe account in an attempt to raise money for the school and show the school board the community cares about the school. It has currently raised $500.

If the school and community are unsuccessful in their efforts to keep the school open, any money raised through the GoFundMe account will be used toward benefiting the Waldo Community, according to the GoFundMe page.

She is also currently working on a presentation to sway the school board’s opinion.

Her own children attend Waldo Community School and she said she has no idea where she will send them to school if the school is forced to close.

“I’m not just fighting this fight for my children,” Griffith said, “I’m fighting for the community.”

Her own mother, Debbie Powell, teaches fourth grade at the school and was a student there when Waldo Community School was a high school.

“I love teaching at this school because I live here in Waldo,” Powell said. “This is my community. We’re just a big family. Everybody knows the kids.”

Powell said she believes Roberts’ decision to close the school would be detrimental to the community.

“If nothing else, we have a picture of the last class,” she said.

Conor is a reporter for WUFT News and can be contacted by calling 352-392-6397 or emailing news@wuft.org.
Previous Barr Rises As One Of Nation’s Top High Jumpers
Next Gainesville City Commission Passes Ordinance On Synthetic Drugs