Part of the frank 2015 conference, which annually gathers speakers from the communication fields and puts on various events for the community, the downtown street fair featured local food trucks and live performances from Flat Land and the Preservation Hall Jazz Band. The street fair was free and open to the public to bring lawn chairs and enjoy the cool weather. This came after a day of speaking with authors, journalists and filmmakers, among other special guests.

“It’s an opportunity to network and continue conversations started at the conference,” Leslie said.

At about 8 p.m., the Preservation Jazz Band took the stage. Soon, couples were dancing on the sidewalks. At one point, the band led the crowd in an a cappella version of “You Are My Sunshine.”

Gia Monteleone, the tour coordinator for the Preservation Jazz Band, said the band does a variety of shows.

“We do a lot of festivals, and this kind of feels like a festival,” she said.

Gemima is a reporter who can be contacted by calling 352-392-6397 or emailing news@wuft.org.
@@gemimarosier
Previous Siembra Farm Encourages Sustainability Through Local Community Food System
Next Feb. 27, 2015: Afternoon News In 90 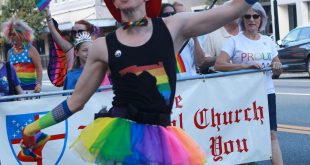 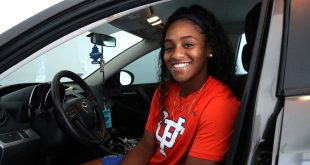 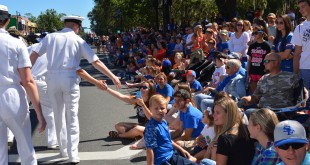 It's Homecoming Week, and that means the parade is coming back to Gainesville.